Studio Interact | ‘The impulse towards Contamination’ 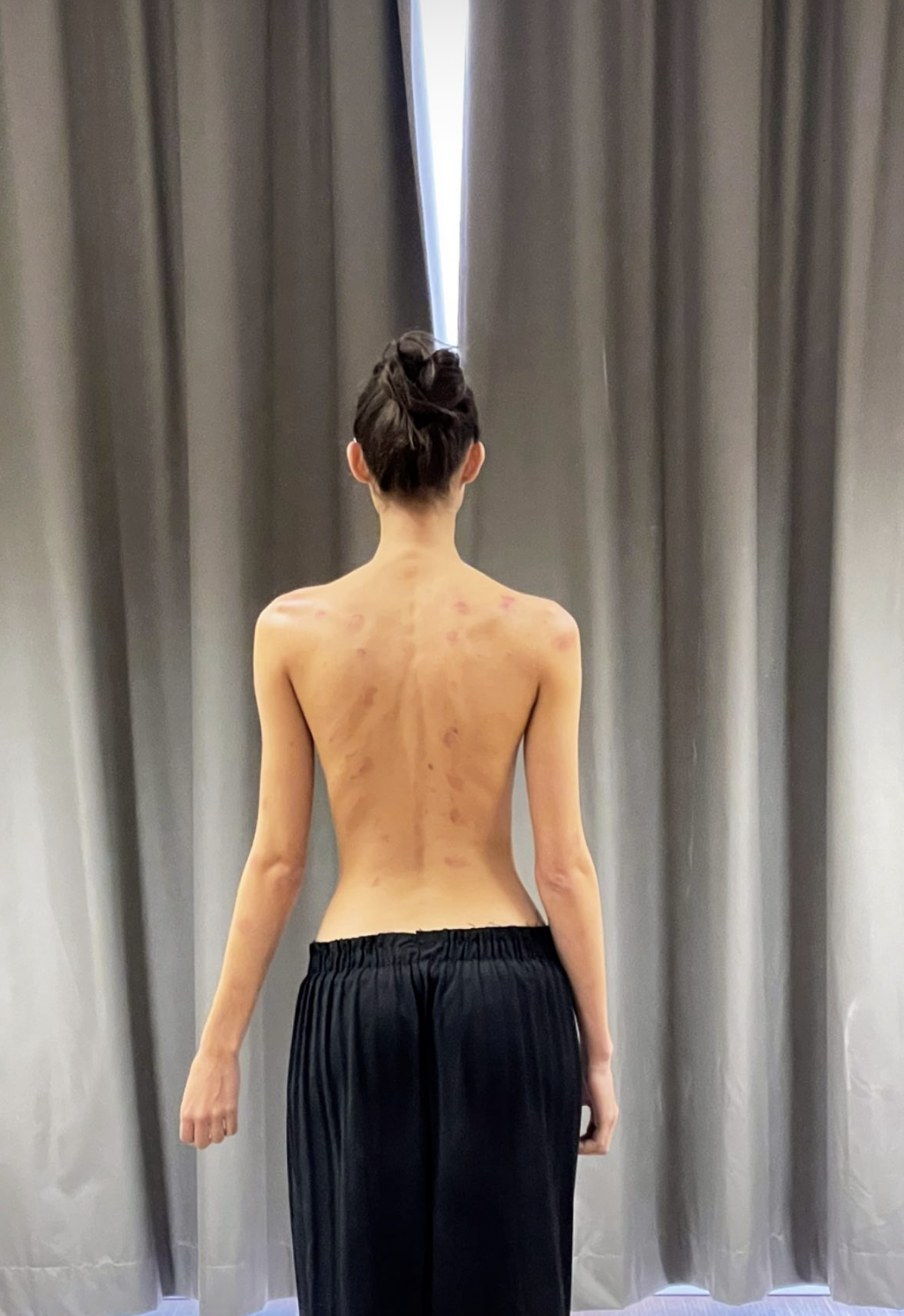 what do body marks signify? in some cultures marks such as tattoos or scarification give you an identity, a social group, a belonging. gangs and pimps use a similar method, marking people almost as an “ownership” deal. what does a hickey imply? A hickey shows that you are engaged in some sort of relation with another person, or that you are “taken”. some try to hide it, others want to exhibit it with pride because it gives self-confidence or, in other words, its cool, especially in the younger ages. with this in mind i wanted to discuss how this social practice is relative to the power relation between men and women. is a hickey a power execution? is it an ownership deal? or is it an act of mere passion? what does a hickey imply, and does it change how a person in conceived? a big difference between the examples of body marks and hickeys is that the latter is not permanent. a hickey gradually fades away, leaving only a memory behind.

I decided to question and explore this social practice by exaggerating it: by drawing a rational and geometric design on a body with hickeys.

rectangular room wit full lighting. the audience sat near the door, the performer walks in to the room, towards the opposite wall. ties hair, takes shirt off, the helpers rise from the audience and start making hickeys on the performer. 4 helpers, 4 straight hickey rows on arms and back.  after 20 minutes helpers finish and go back tot he audience. performer puts shirt back on and leaves the room.