Chapters in the Life on an Apple 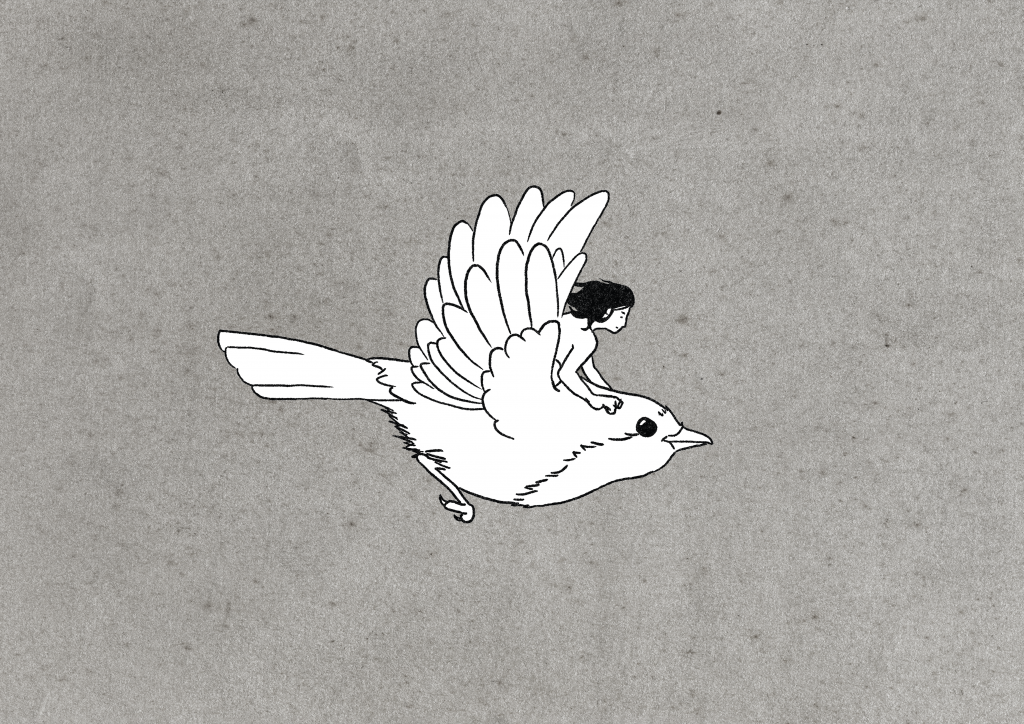 Life exists around us everywhere. It tells stories to anyone and about anyone. The only thing one needs to do is to be aware and open to the notion of it.

In the project “cuocere il mondo” we essentially confronted ourselves with the relationship humans have to food. We depend on it as sustenance and though it is exatcly that – sustenance: a means to sustain our life – it is more than just that. It is not just a source of energy for the living. It is or has been, alive itself. But humans have become so intelligent, so informed, that they began lifting their lifes’ worth over that of everything else. What is a pig next to a human? What is a chicken; a beetle; or even a shrub? Humans govern over life itself. We genetically manipulate crops to grow more resilient; we breed and manipulate genetically to get fatter live stock. Ultimately, we have pierced so far into the nature of organisms that, maybe, we have lost respect for their lifes.

As a result, we do not eat the way we used to anymore. Often our appreciation for food, is limited to the sheer result of being able to continue our day without a gnawing hunger in our guts. Food is just another product that is plastered together in mass-factories. It has no relatable story of becoming. Sometimes one could think that chicken meat comes straight out of the test tube. But even today, food still has a story. Life is a story. And even though the story of the chicken has probably been a depressingly suffocating, painful and short one, it has still been a life. Sadly one taken for granted.

“Chapters in the Life of an Apple” is an illustrated book. It tells the story of the becoming of an apple. Human involvement is purposefully left out, because even without humans, there are always stories to tell. Life exists everywhere and it spins its tales around every living thing. This is what we should keep in mind, in order to humble ourselves and regain respect for life, living things, and therefore also our food. 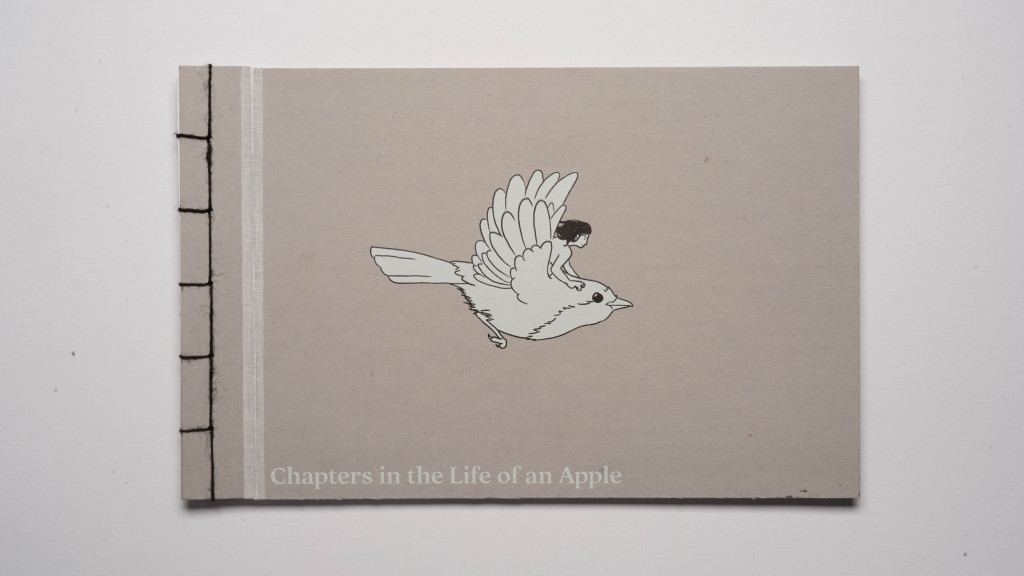 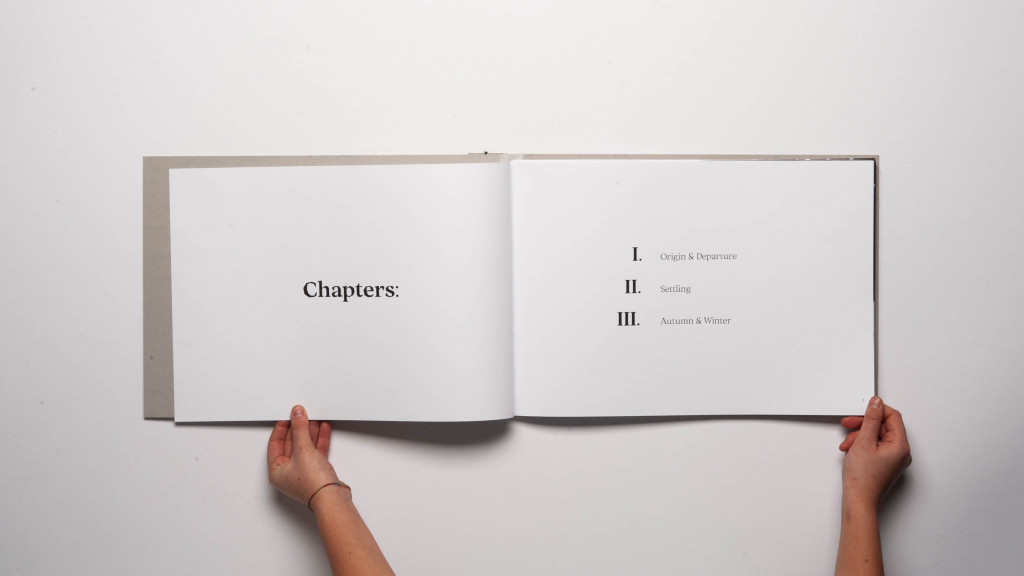 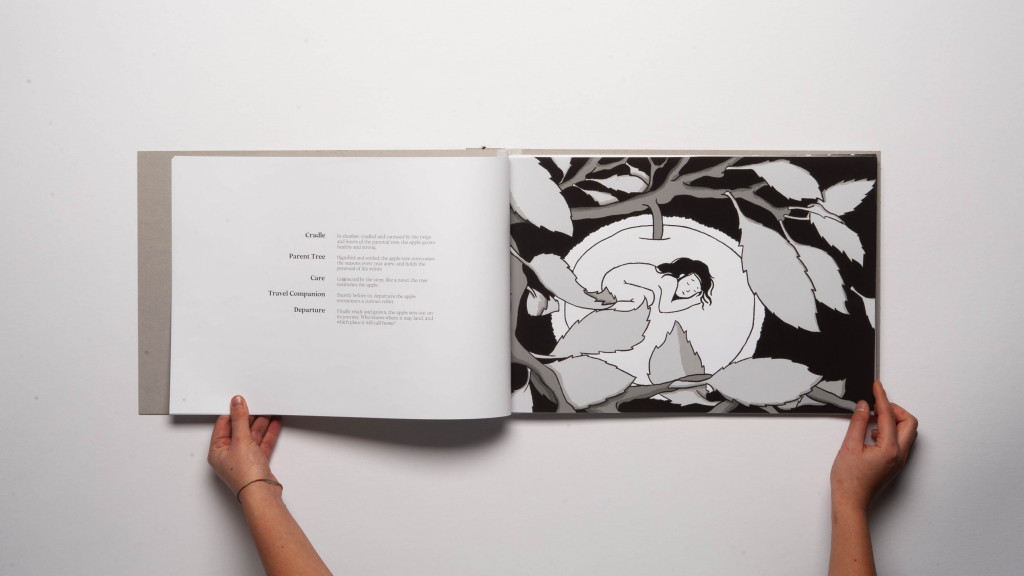 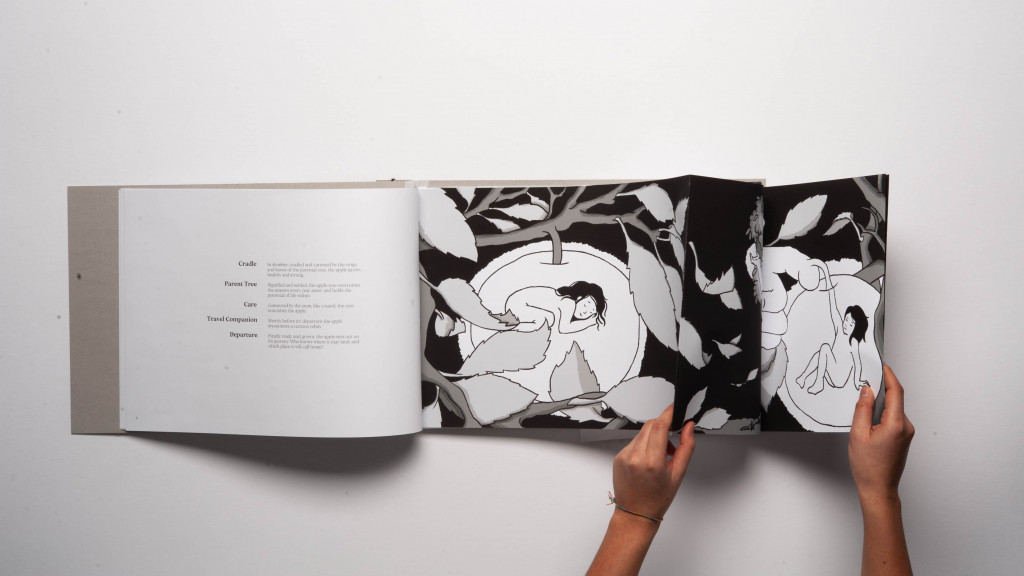 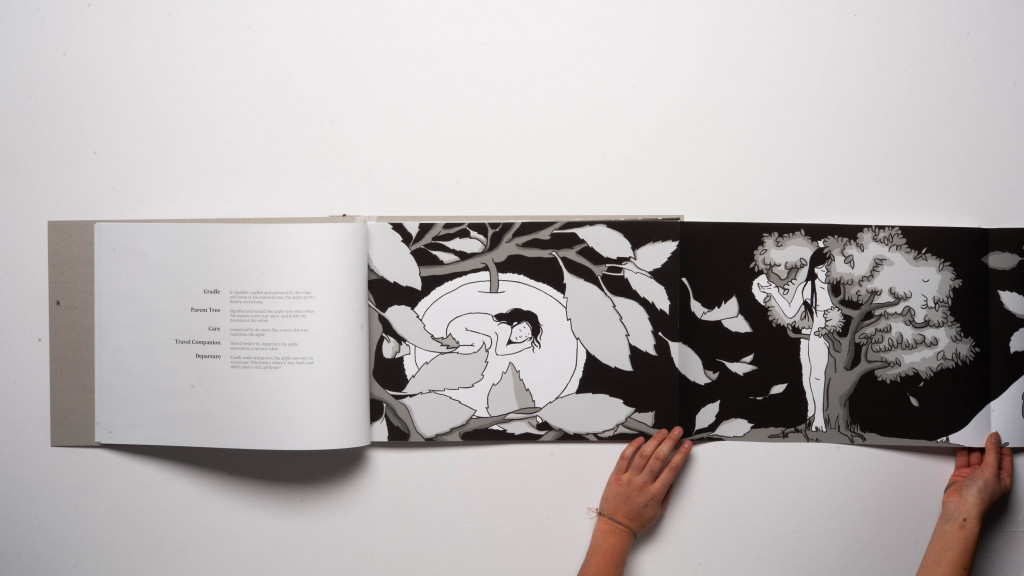