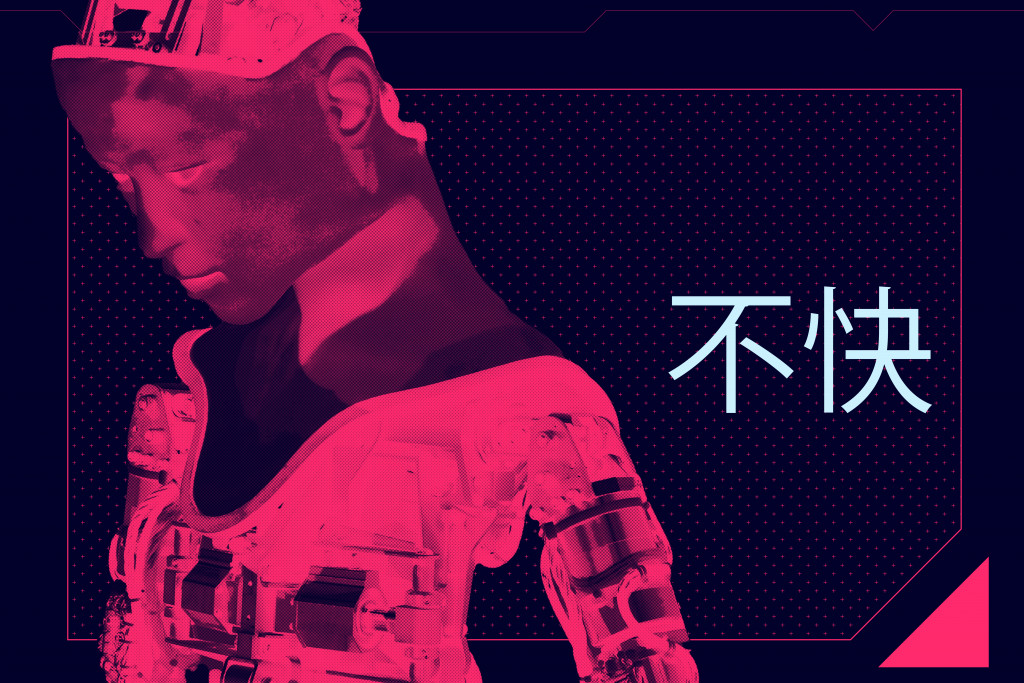 What in the science of aesthetics tends to be called “Uncanny Valley” is a phenomenon linked to the inner discomfort felt by man in the face of things that seem to have some human semblance, but which in reality are only vaguely close to resembling it.

Reasoning through a less circumscribed imaginary version of this phenomenon and the feeling of despondency generated by it, the book in question chooses to group and present a dose of general existential pessimism, reasoning on a human, global, social, and non-human scale. All of this, told through a variegated Cyberpunk aesthetic, which adapts well to the climate of human discomfort that is intended to be encapsulated through the digital manuscript in question. 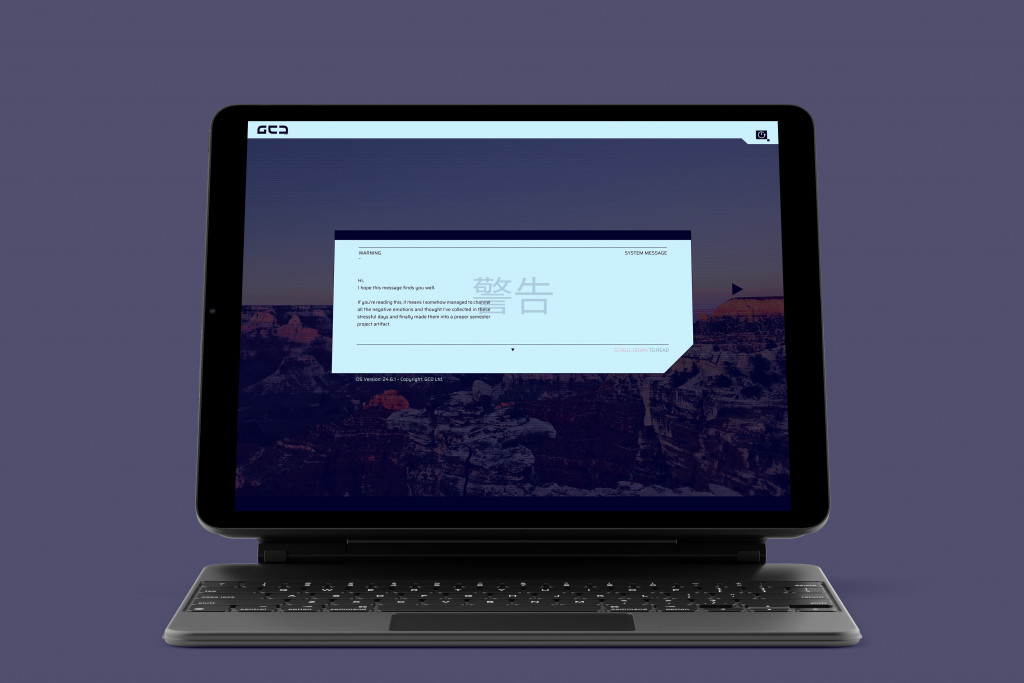 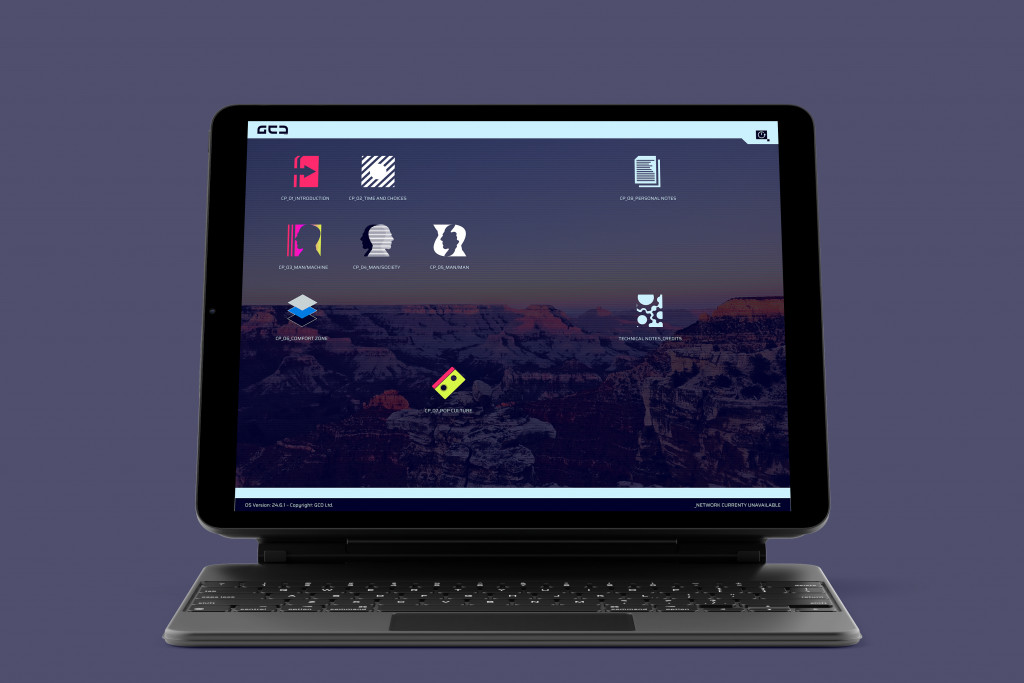 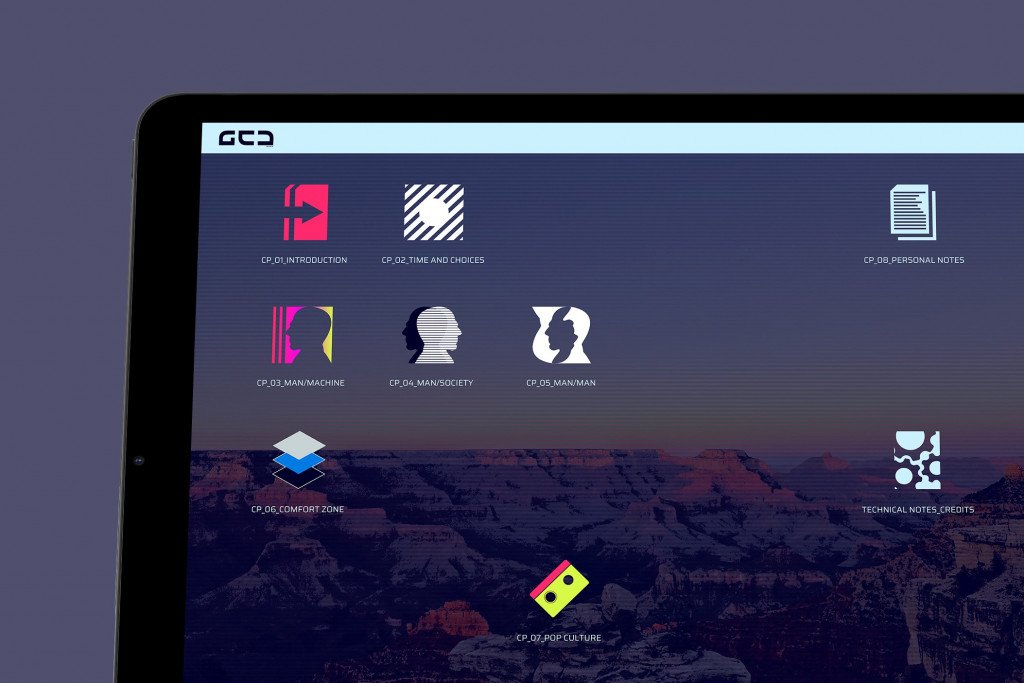 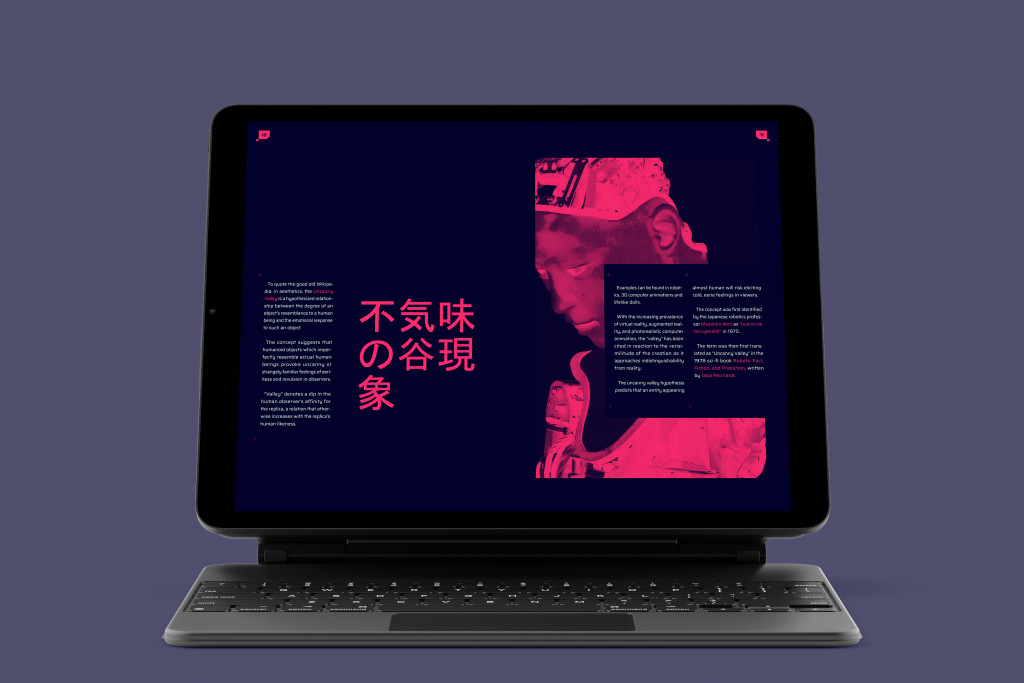 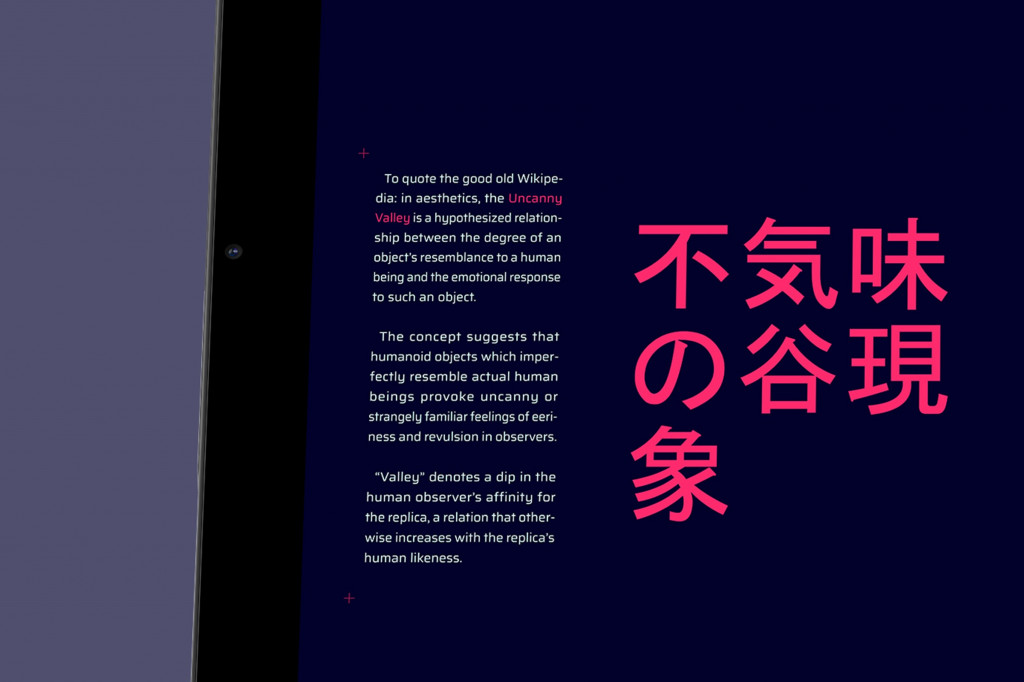 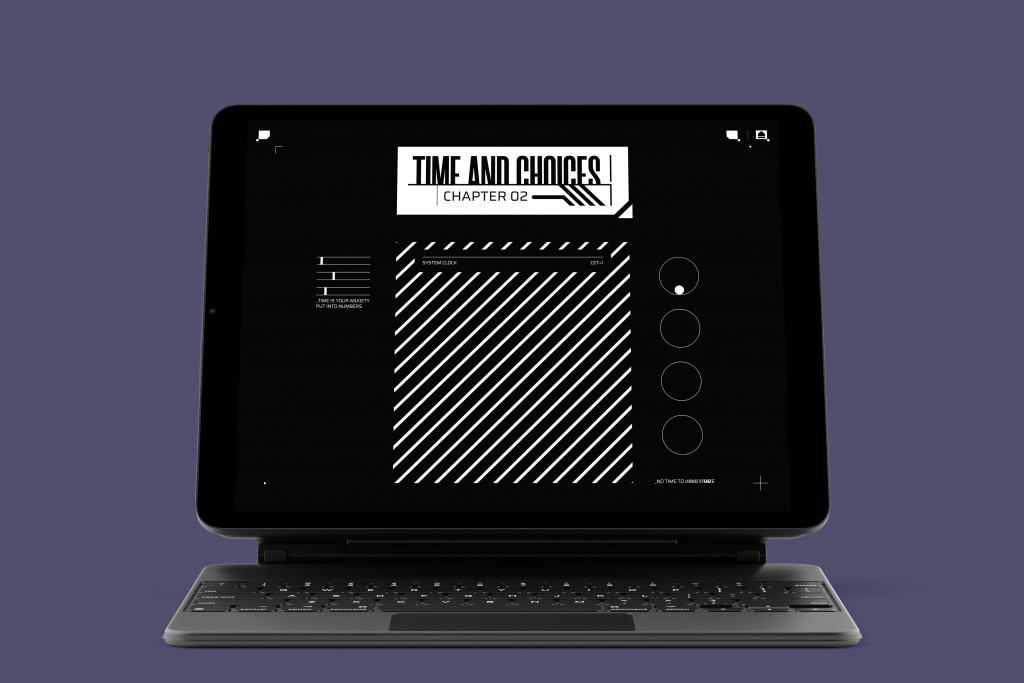 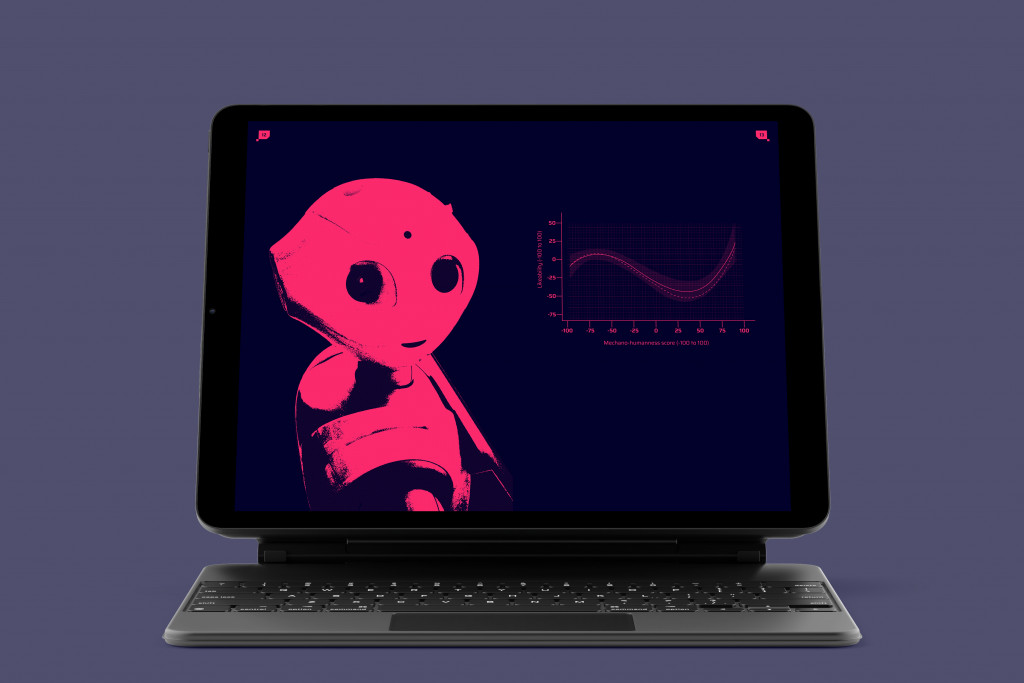 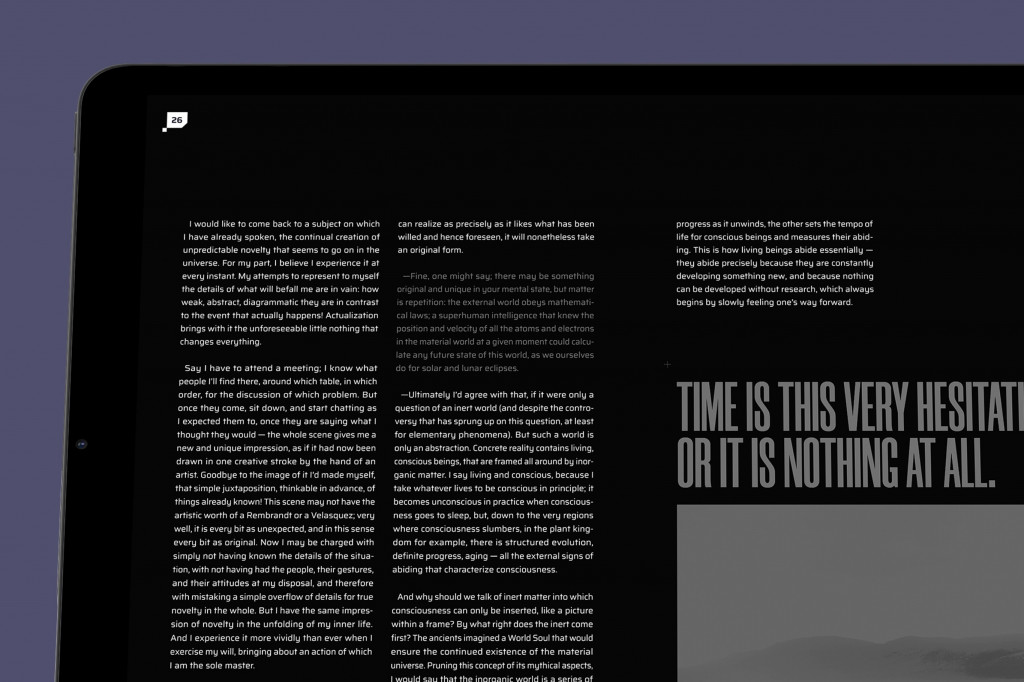 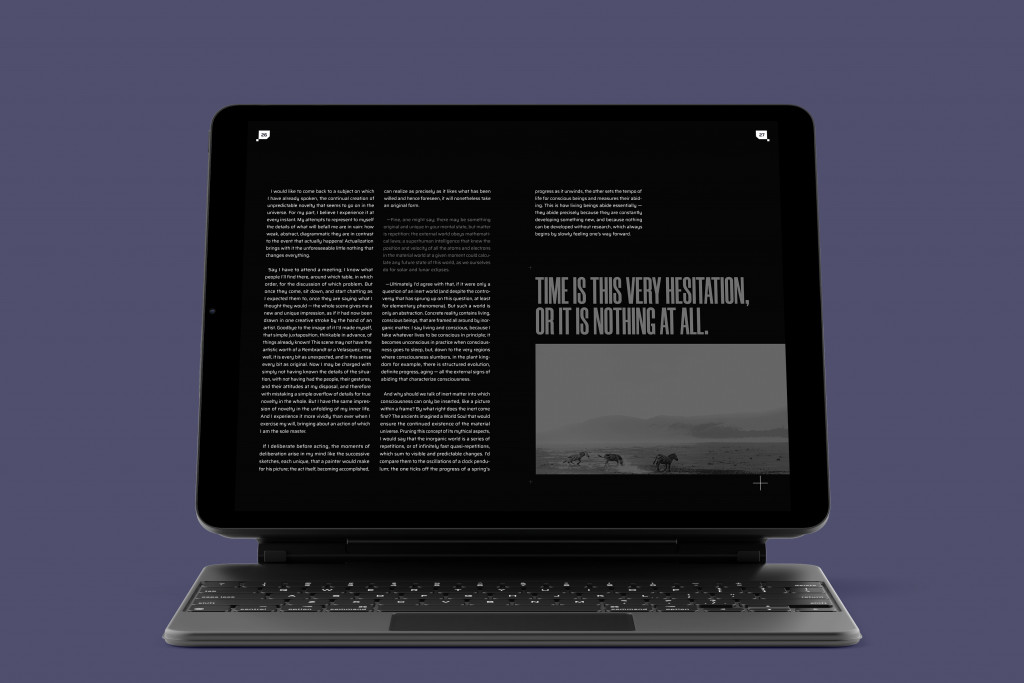 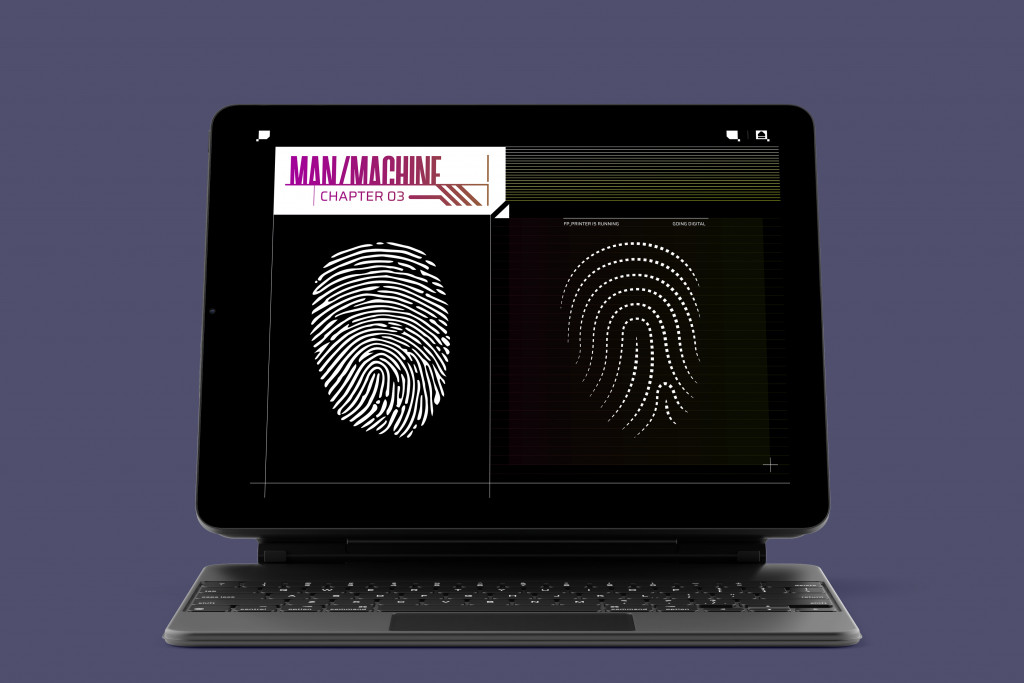 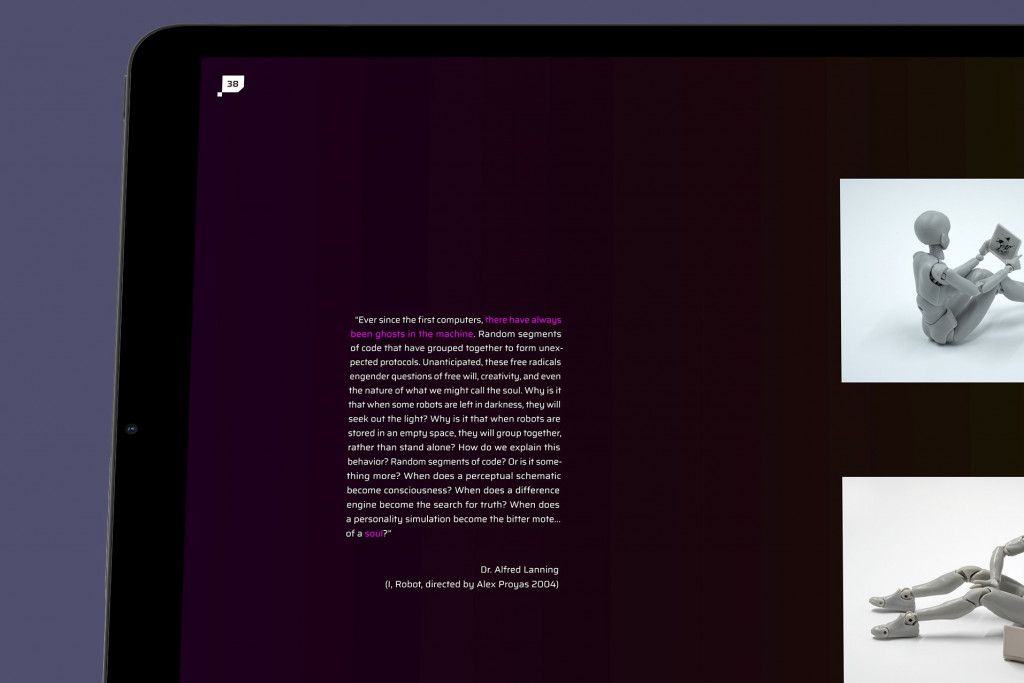 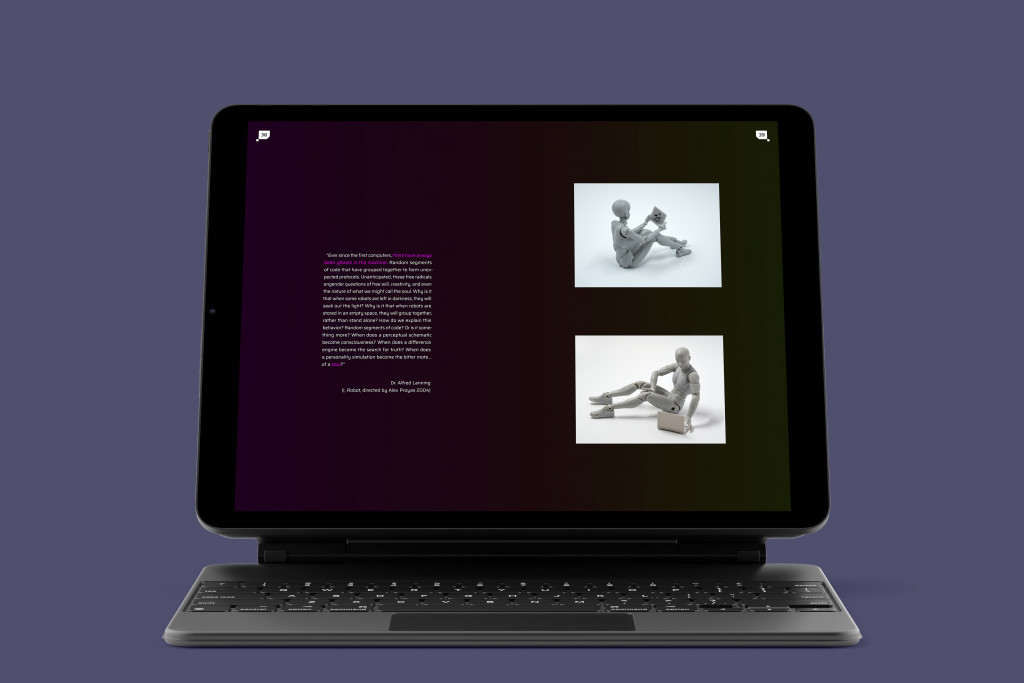 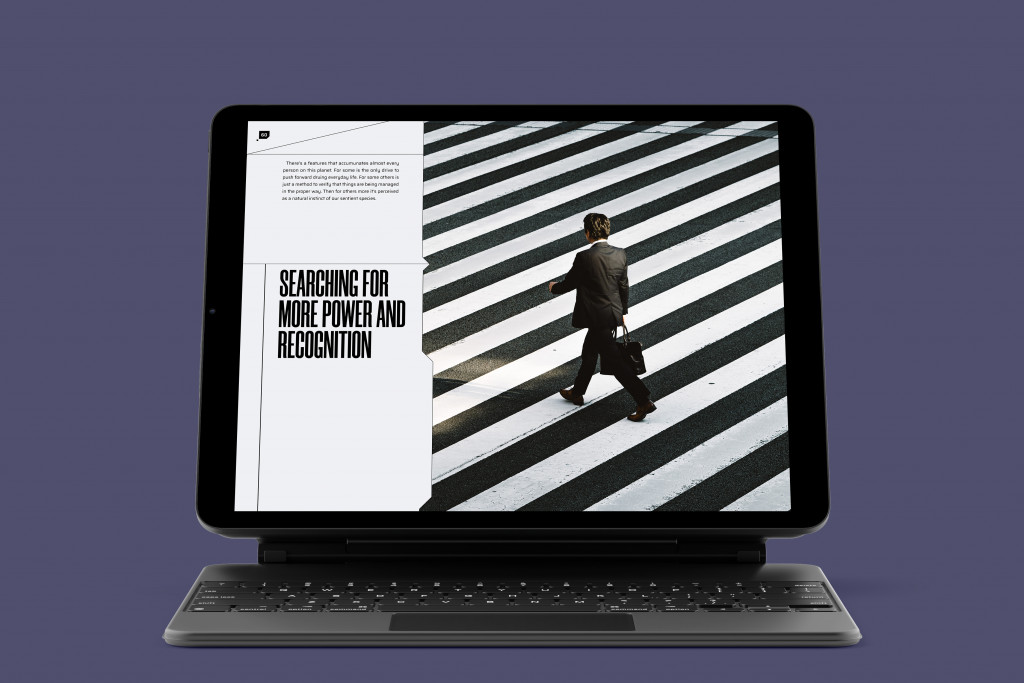 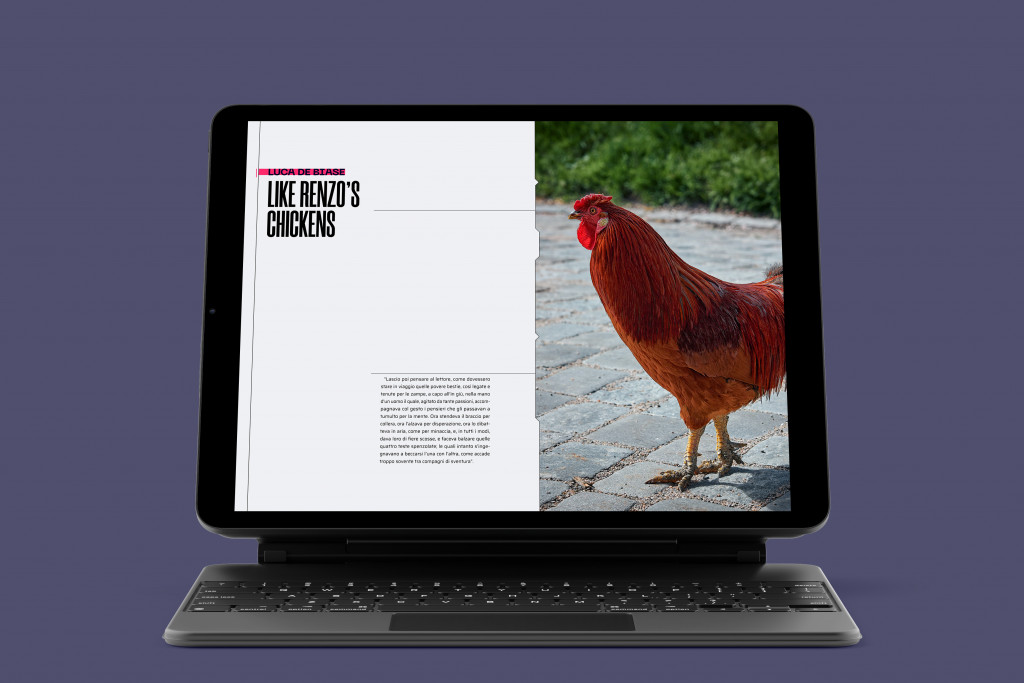 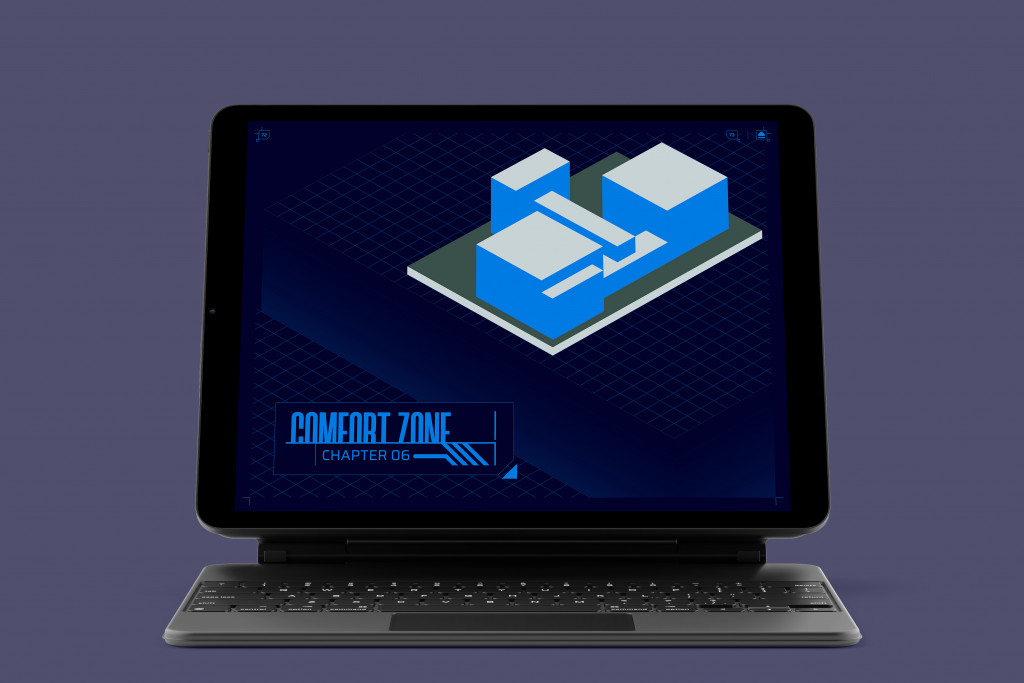