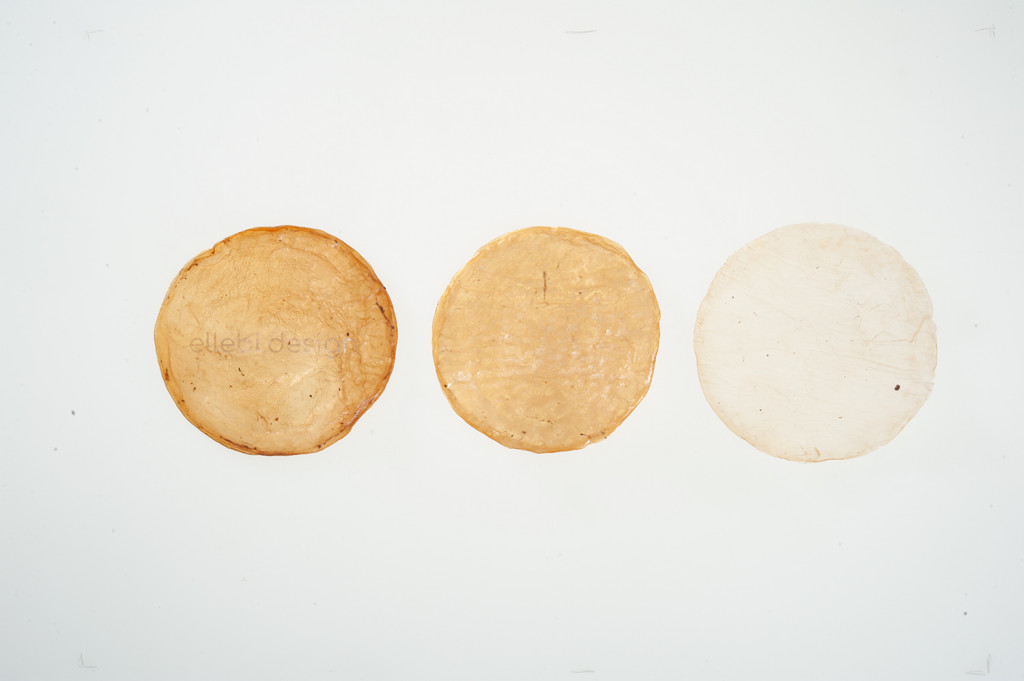 SCOBY (Symbiotic Culture of Bacteria and Yeast) is a thick layer of cellulose, which is created and multiplies independently within the kombucha SCOBY usually appears like a gelatin disc a few centimeters thick, shiny, and a little slimy, with an intense odor tending towards acetic. The color of the SCOBY is light brown.

Different techniques were tested in these SCOBY samples. Starting from the left side, the lighter SCOBY looks like a very fragile thin film, this is due to the premature removal of the SCOBY from the Kombucha which did not allow it to develop. The central sample has an intermediate color because beeswax has been applied to it to make it waterproof.
On the SCOBY on the right side, on the other hand, the laser cutting technique was tested which caused a whitening of the material. 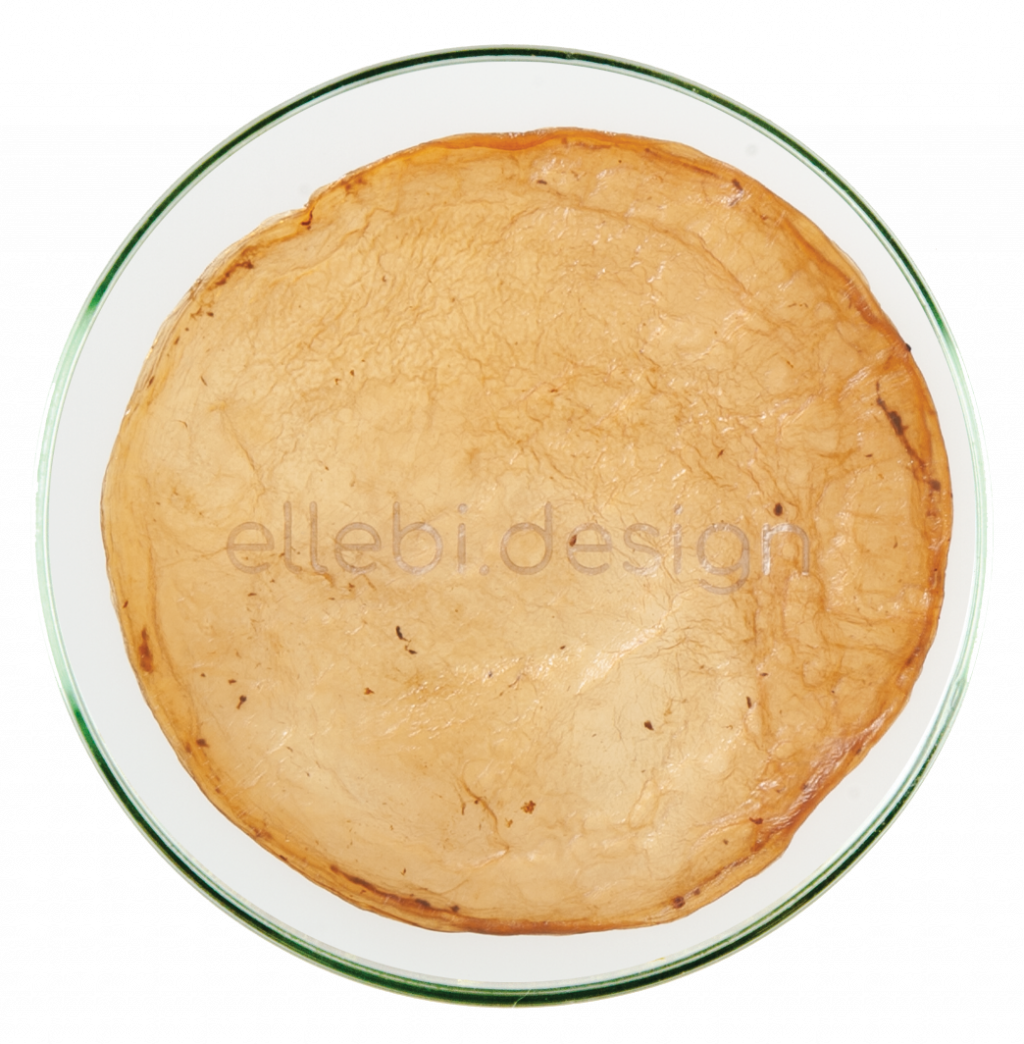