This is not THE END 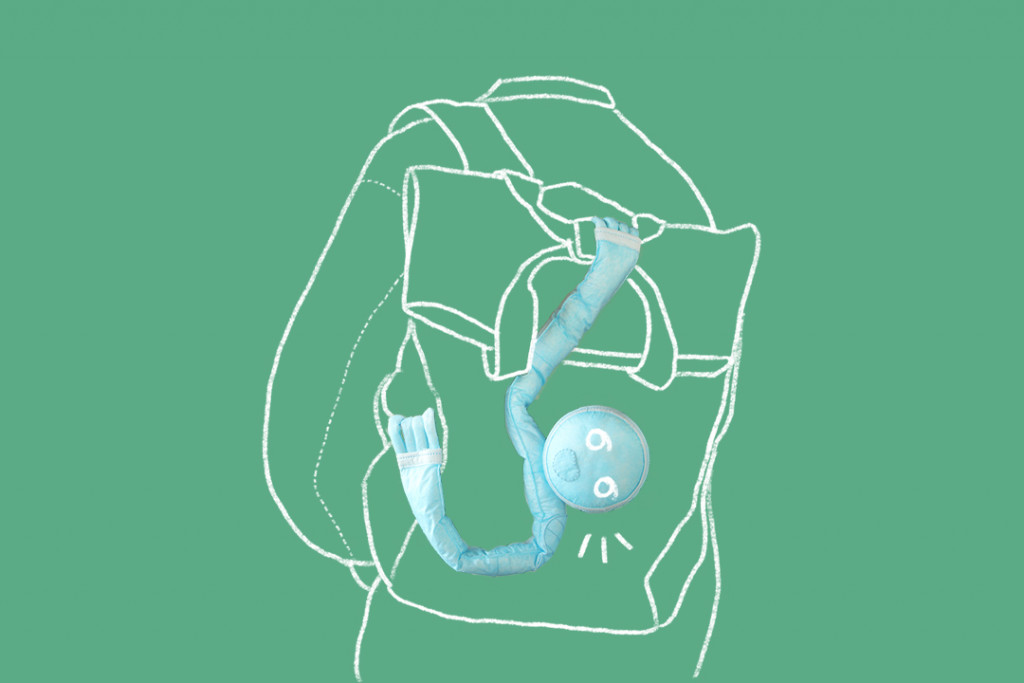 This is not the end of physicality

Because of the Corona virus  people were forced into isolation; what was seen as a mean to show your affection as caresses, kisses now  have become the medium for the transmission of the virus. In this sensory apnea the only way to communicate was through cold computer and mobile phone. But can we call this communication?
From this started the inspiration of my project, whose aim is to give back this lost sensoriality.
The inspiration in fact comes from the vodoo dolls, through which the communication takes place with gestures.
Each message corresponds to a specific gesture that varies according to how and where it is done.
It is from here that Pat Pat was born, an object that allows you to receive and send audio and calls to a small group of “essential” contacts. The name chosen take inspiration from children’s poems, in which sounds are recreated through onomatopoeic figures.
Pat pat means ‘’tap on the shoulder’’; the same pat that you have to give to the object to wake it up.
The interaction with this device happens in a similar way to that with a human being, for example, to turn it off you have to caress its head, to mute it cover its mouth, to accept a call press its hand, etc. …
All the functions are managed by touching , rubbing and squeezing it. It is possible to model its shape thanks to its flexible internal structure. Not only the functions but also its appearance resembles the human figure. Buttons represent in a minimalist way to ears, palms, mouths. The choice of materials was also influenced by this period. In fact, its structure was made by sewing masks while for the padding  were used plastic gloves reduced in pieces. Materials that today are causing lot of damage for the environment.
Pat Pat represents a new way of interacting that stimulates the lost physicality.
A physicality that has allowed us to discover the world and identify ourselves as human beings. 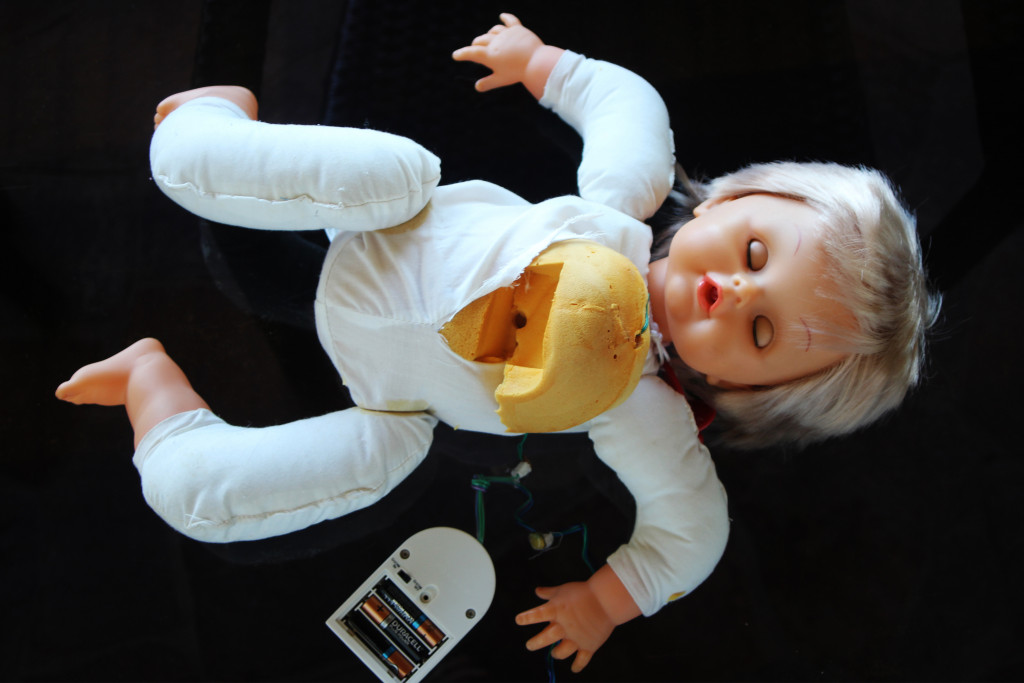 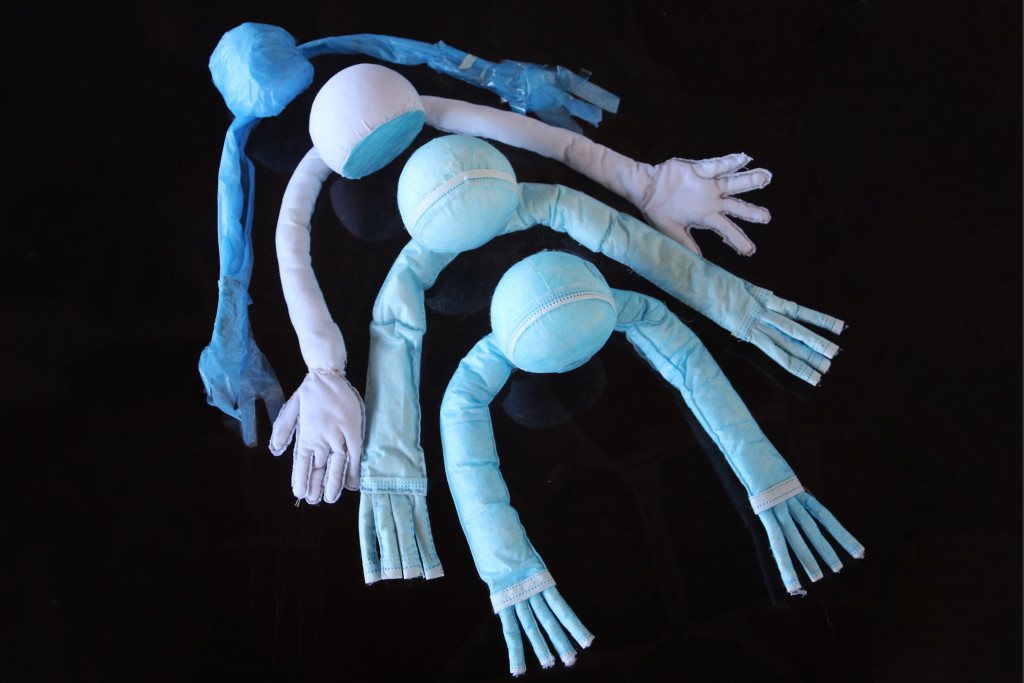 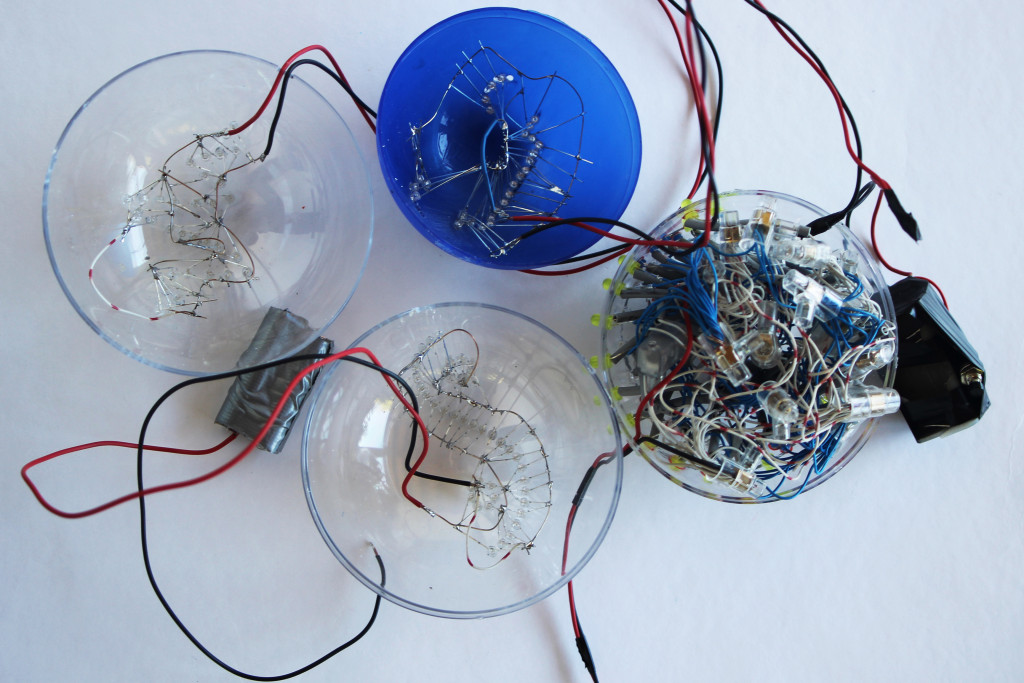 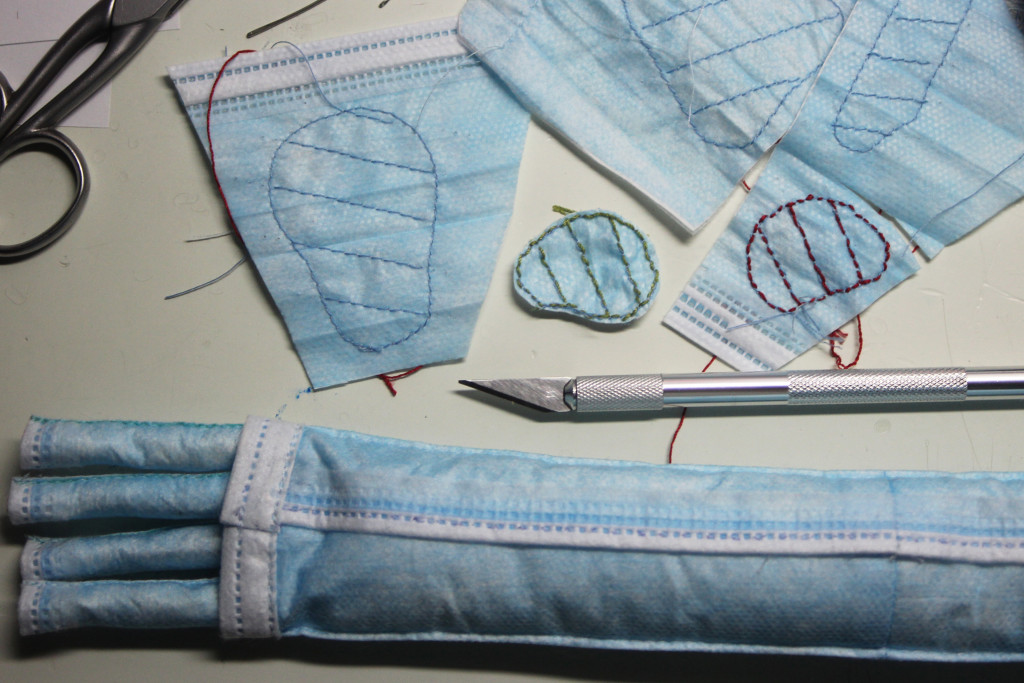 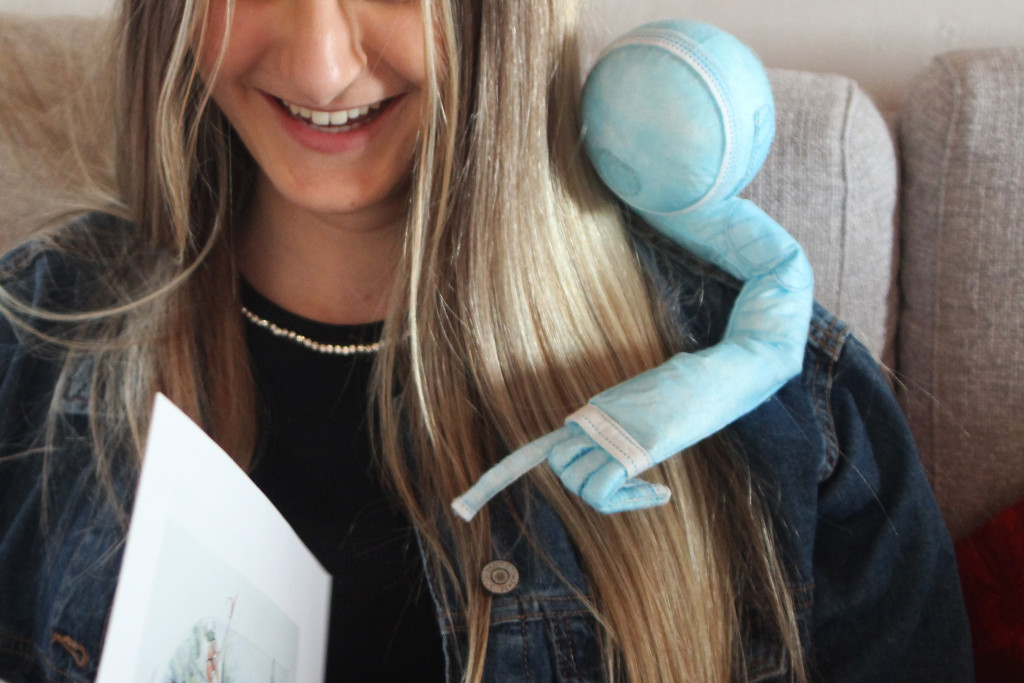 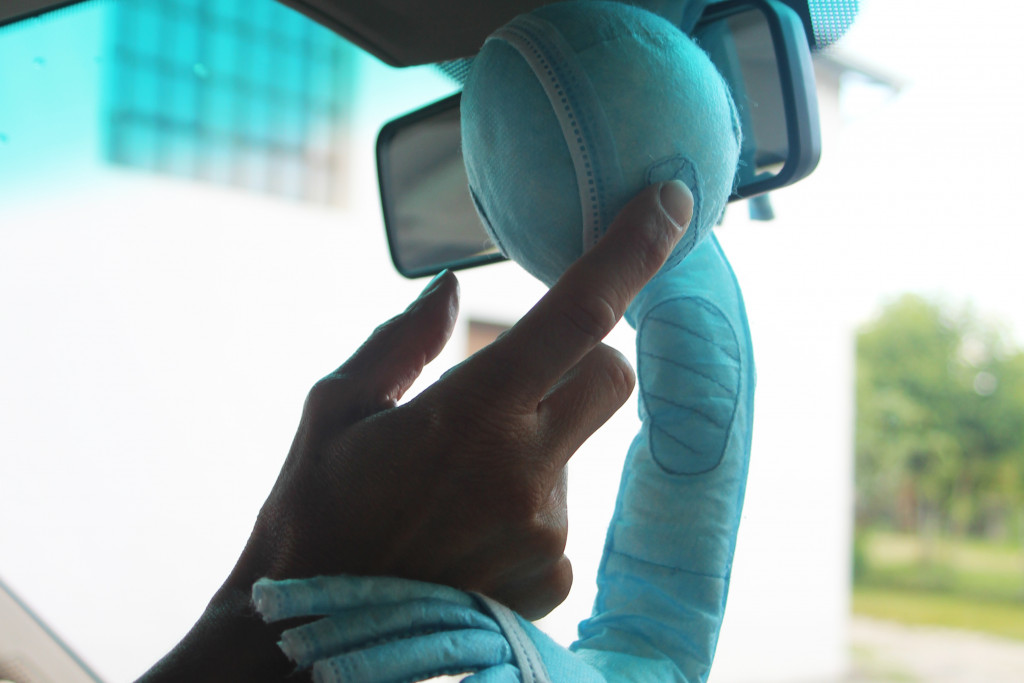 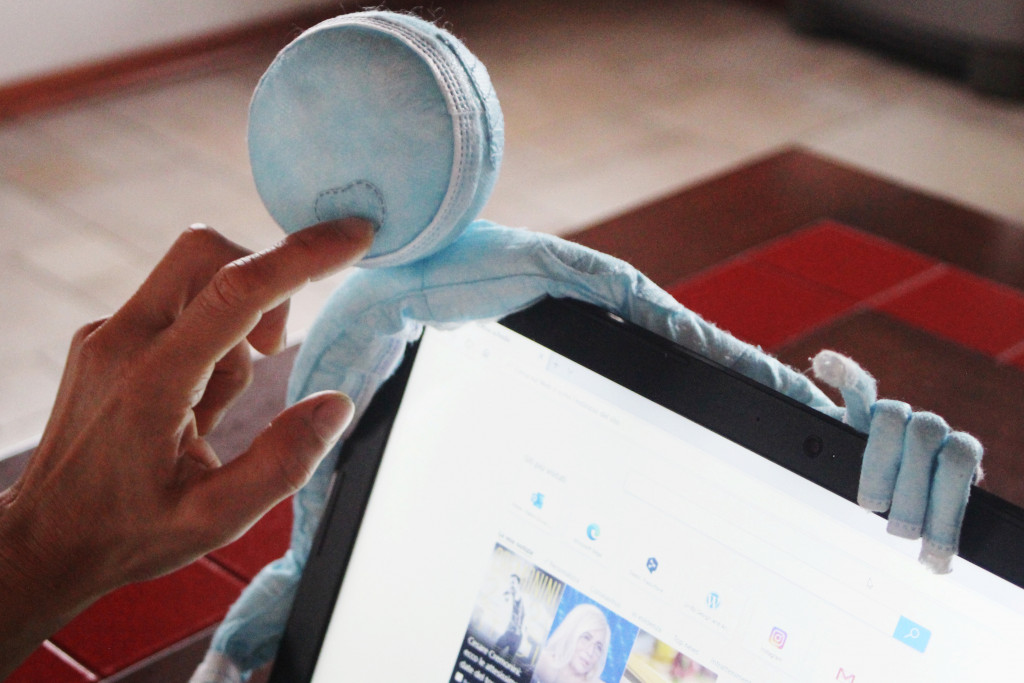 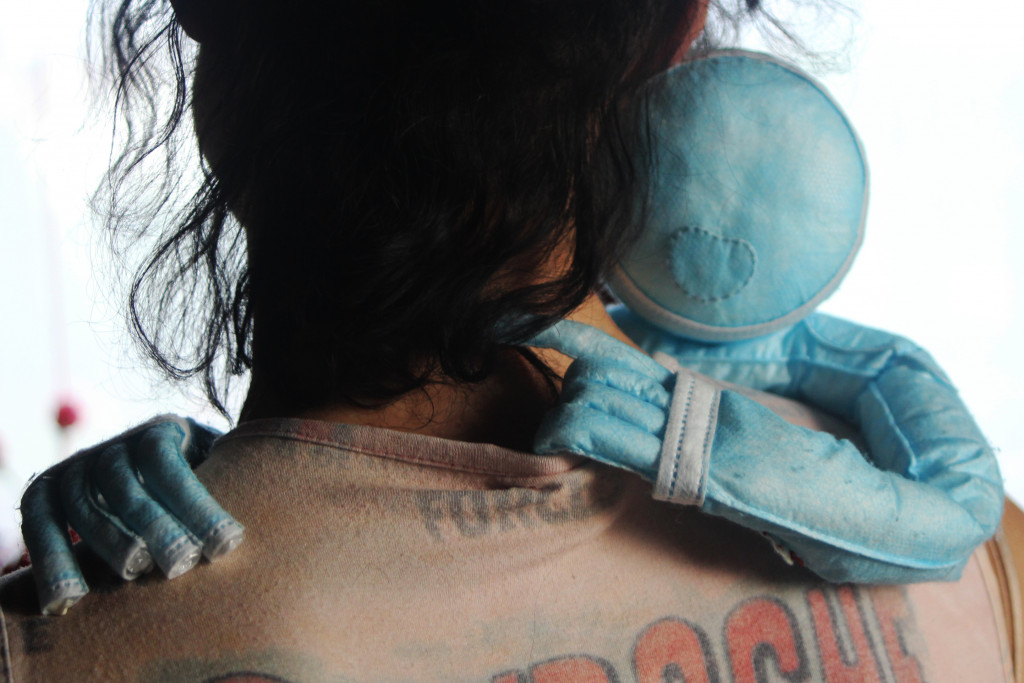 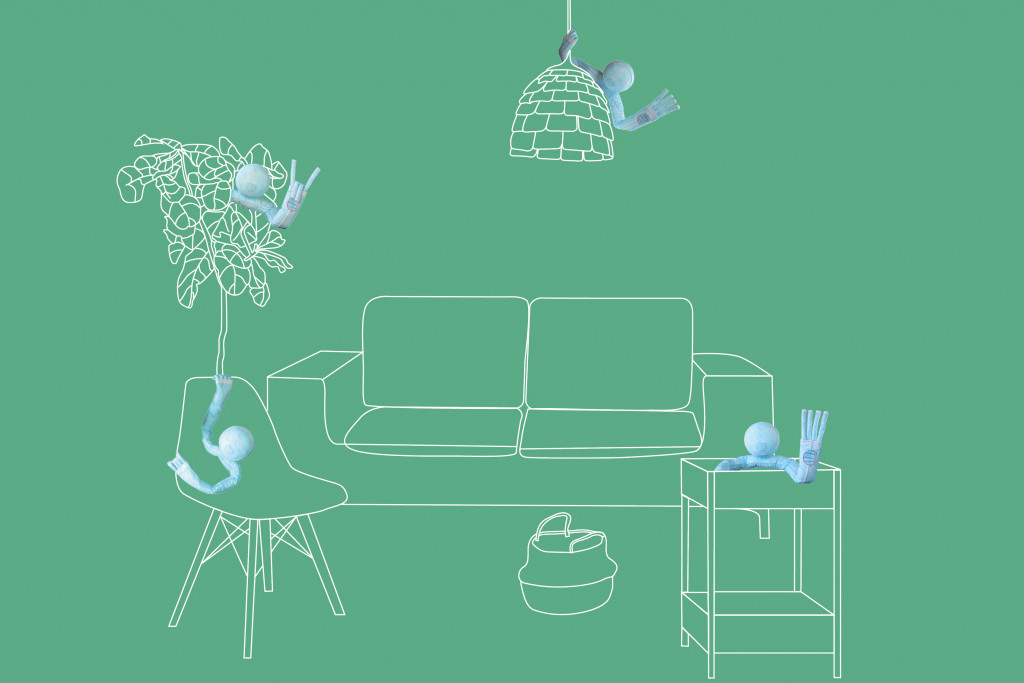 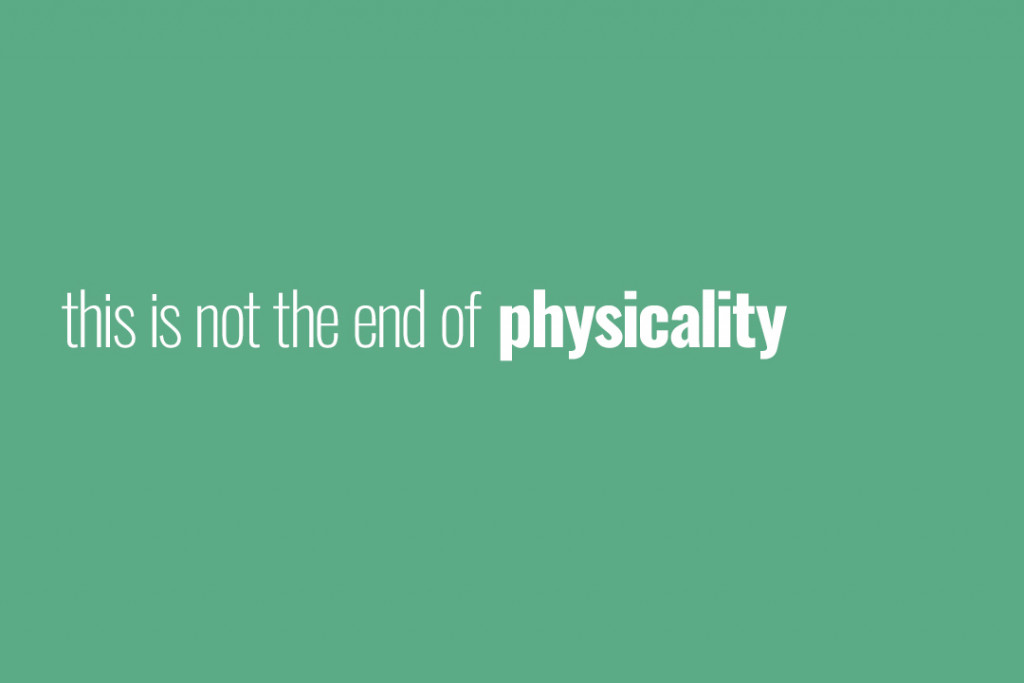