The technique of Dérive was first introduced by the International Situationists and developed by Guy Debord.
Dérive guides through urban landscapes, without a goal. A drifting, a transient pas- sage through various environments, to wander and explore different spaces.
The individual lets go of all their original motives for movement, and wanders freely.
It is a performative act, during which the goal is to drop every intention to be drawn by the attractions of the space and the encounters that can be made, impressions and be led by chance.

In the quarantine situation, the involuntary restrictions we are facing, unable to go outside and practice the Dérive as we wish we could, we still can explore our `normal ́ habitat, the rooms we live in, the house, furniture, corners, and details.
We can translate the original urban environment into something else, something smaller, a sheet of paper, for example.

Olympia & Hella started with sound mappings. Recording sounds from their environments while being in the Dérive mindset. Johannes listend to the recordings and started spray painting on a canvas, translating the sounds into painting. He documented this with a video which Delilah watched and started to create a music & movement sheet based on the colors, movements and sounds from the video documentation. The sheet can be translated into choreography and sounds, or both at the same time. The reading of the sheet is an ongoing performance. 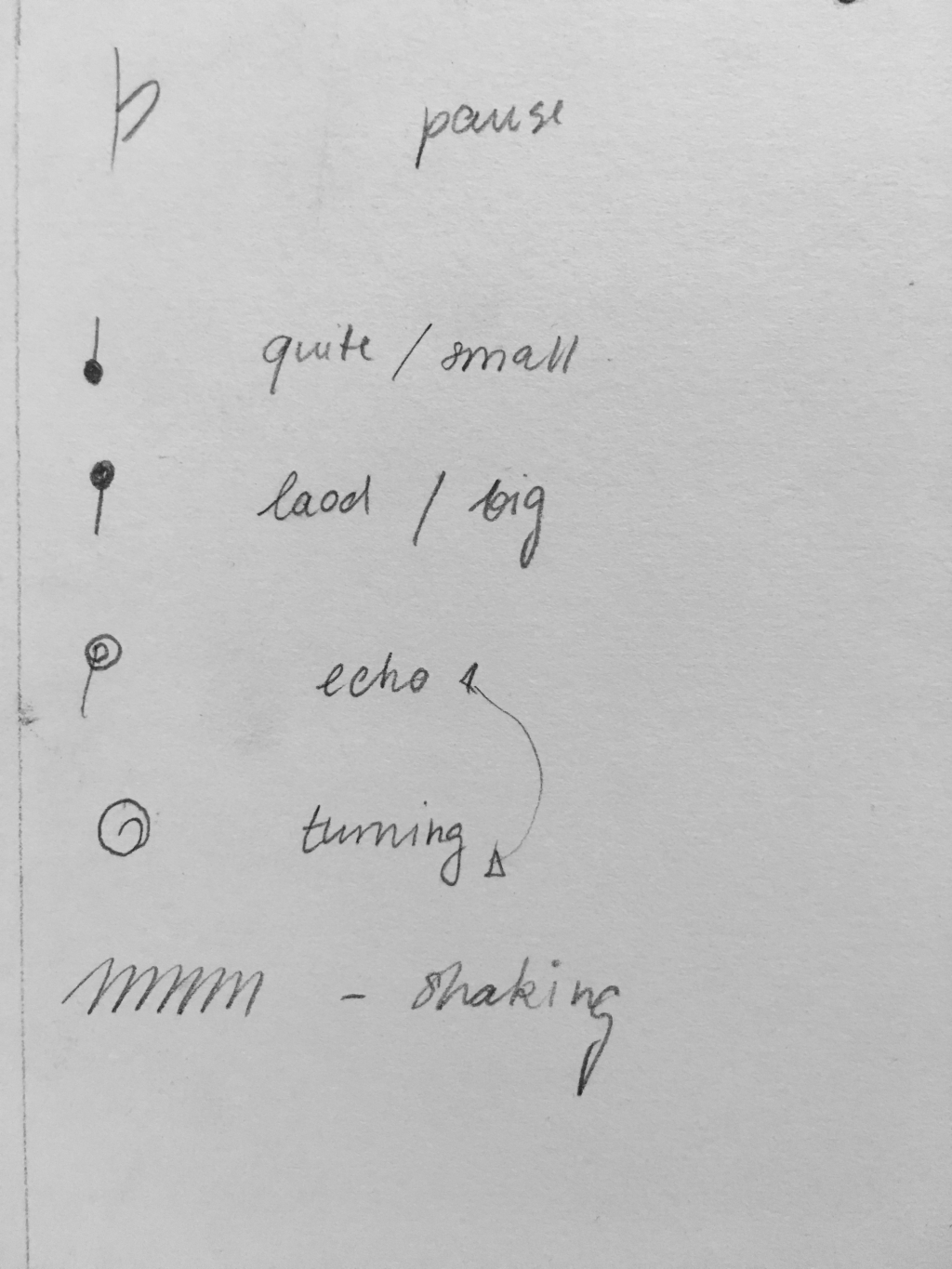