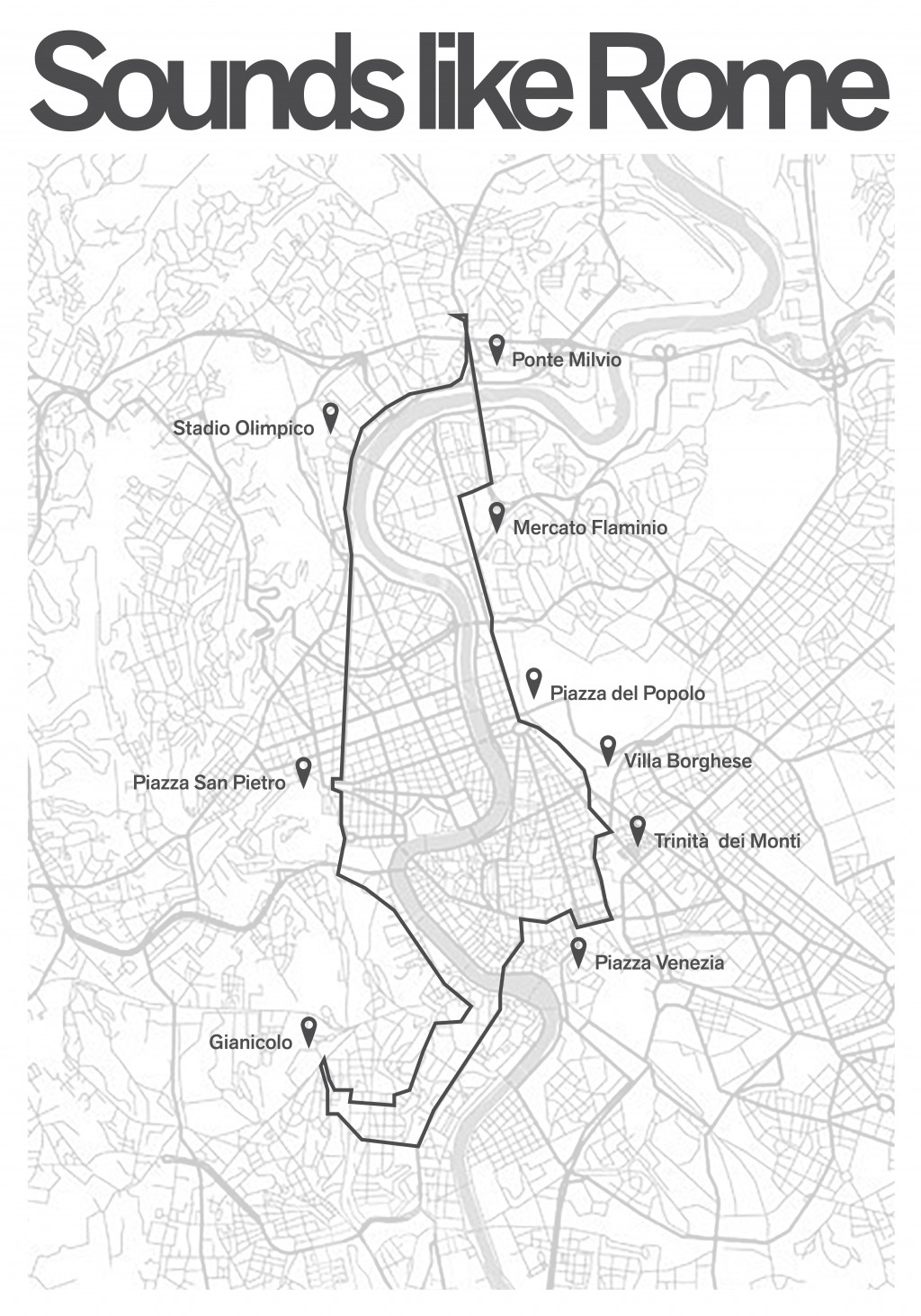 “Sounds like Rome” is a project that deals with the relationship between identity and territorial reality. We often do not pay attention to what we hear, but our days are perpetually accompanied by a background sound. This background sound represents Rome’s identity as the city’s landscape is influenced by the people who live there and the way they narrate themselves through the sounds and music they produce. The aim of my project is to represent the sound identity of the city and to give the spectator the surprise of discovering things that the eyes cannot see.