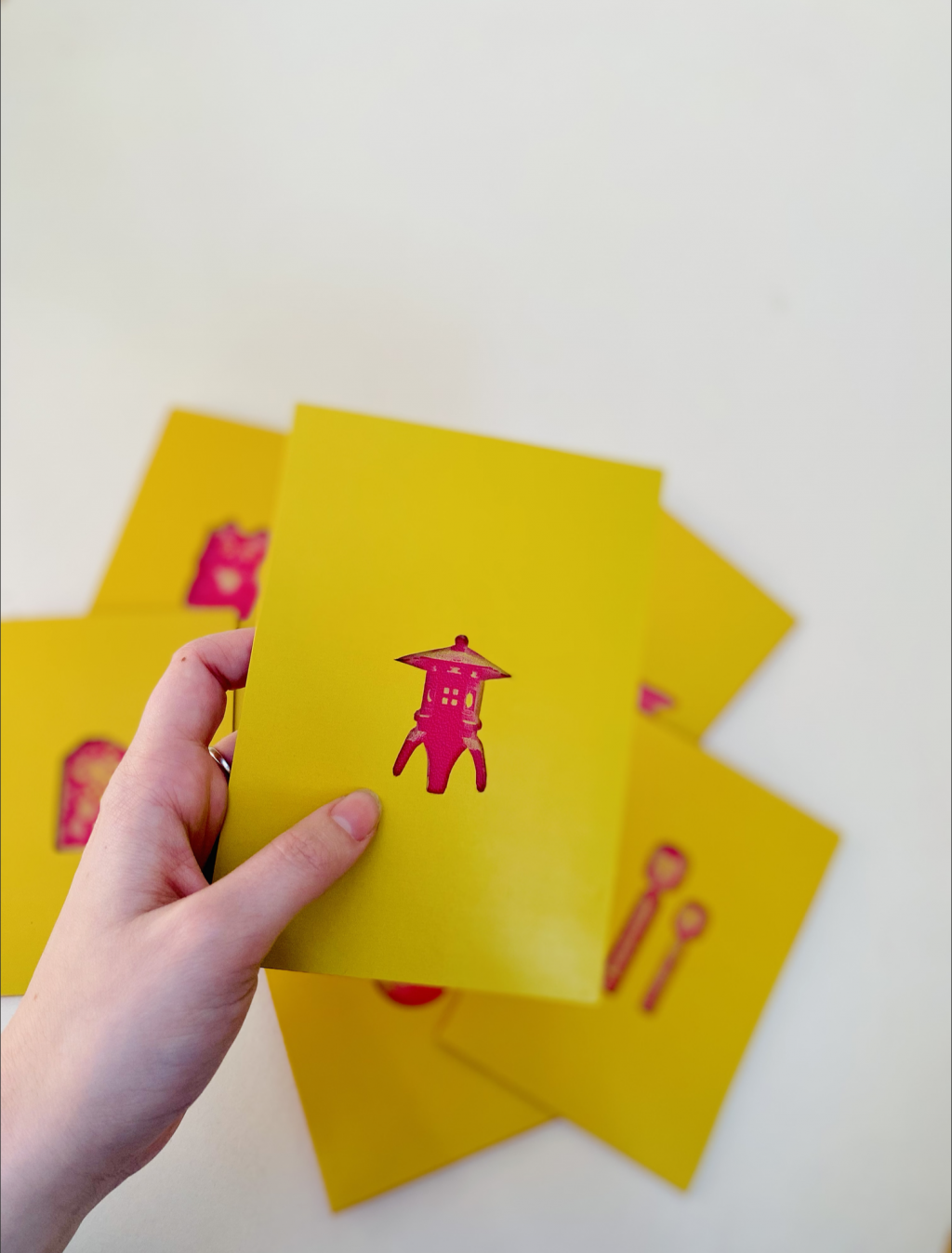 The topic of „identity“ has a wide spectrum between clearness and a thousand of question marks. As an introduction we received a lot of input and inspiration during the first lectures. Later we started to confront ourselves on how we could communicate identity.

My project focusses on objects from another culture which are caught in a photograph while  implemented in a typical European environment.

As a starting point I made up my mind about my own identity and how I can connect it to my project. While I was inspecting the environment I grew up in, I could identify two cultures which are colliding, German and Japanese. I thought my cross culture experience could be something interesting and maybe inspiring other people to observe their domestic landscape in a conscious way and maybe to discover some „shifted objects“ by themselves. The next step was to find a way to communicate this fusion in a simple way to a stranger. My idea was to present with the help of a cutout, first the objects, and then on the next move the whole object in its shifted environment. After that I offer a short explanation about the object and its use. My final decision was to insert the picture with the description on the backside in an envelope where the cutout is on and also the name of the object in Japanese on the back. 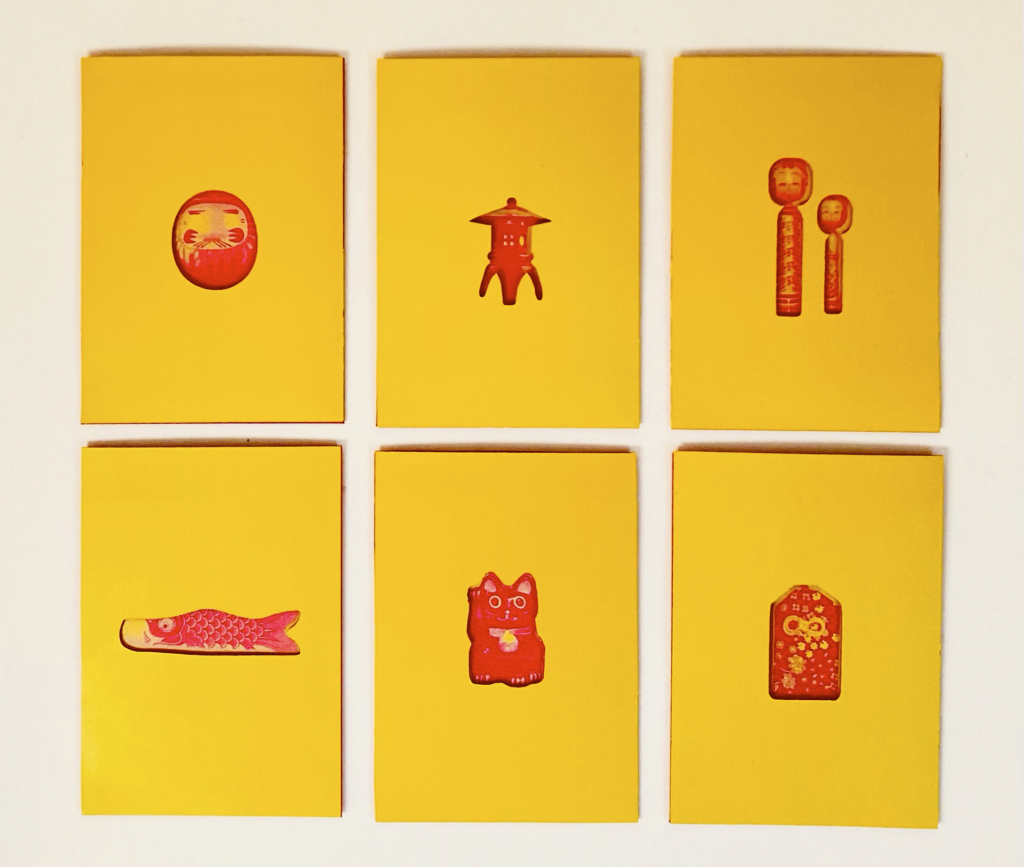 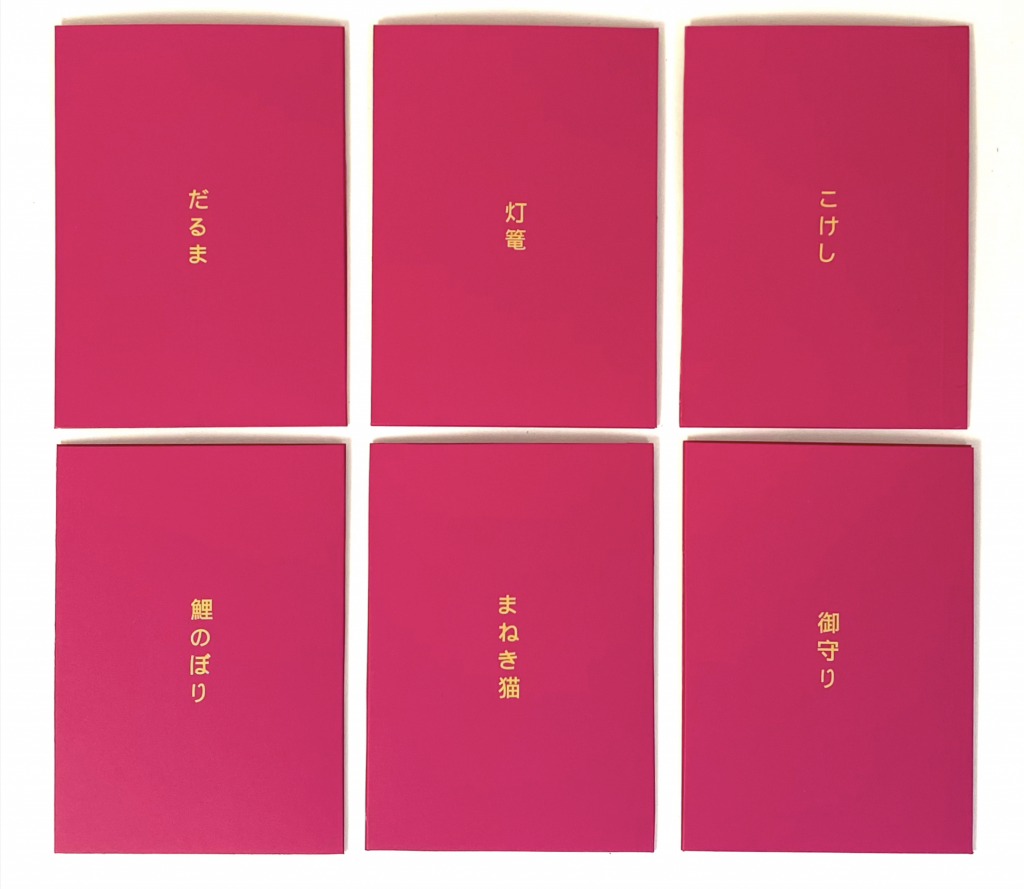 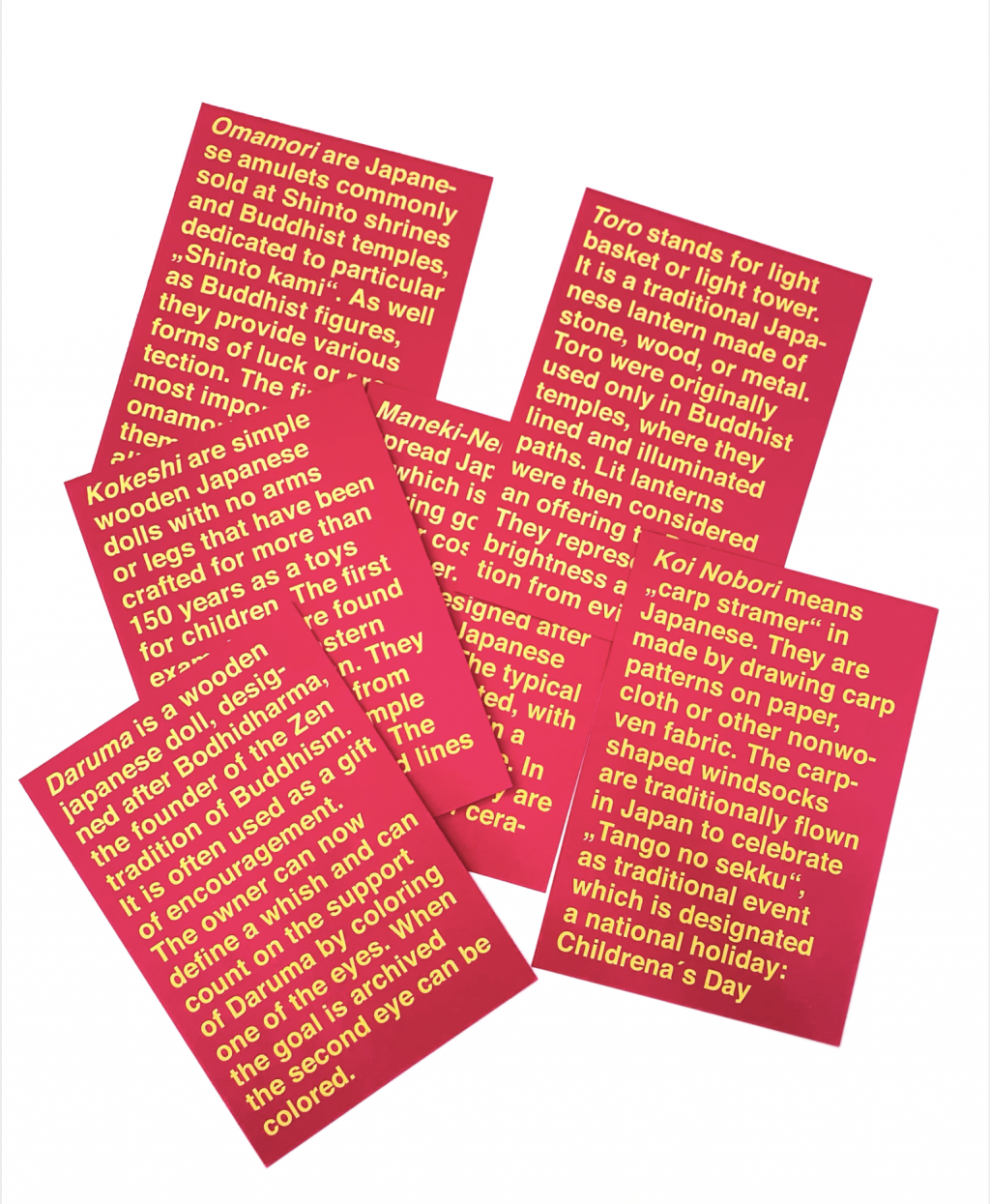 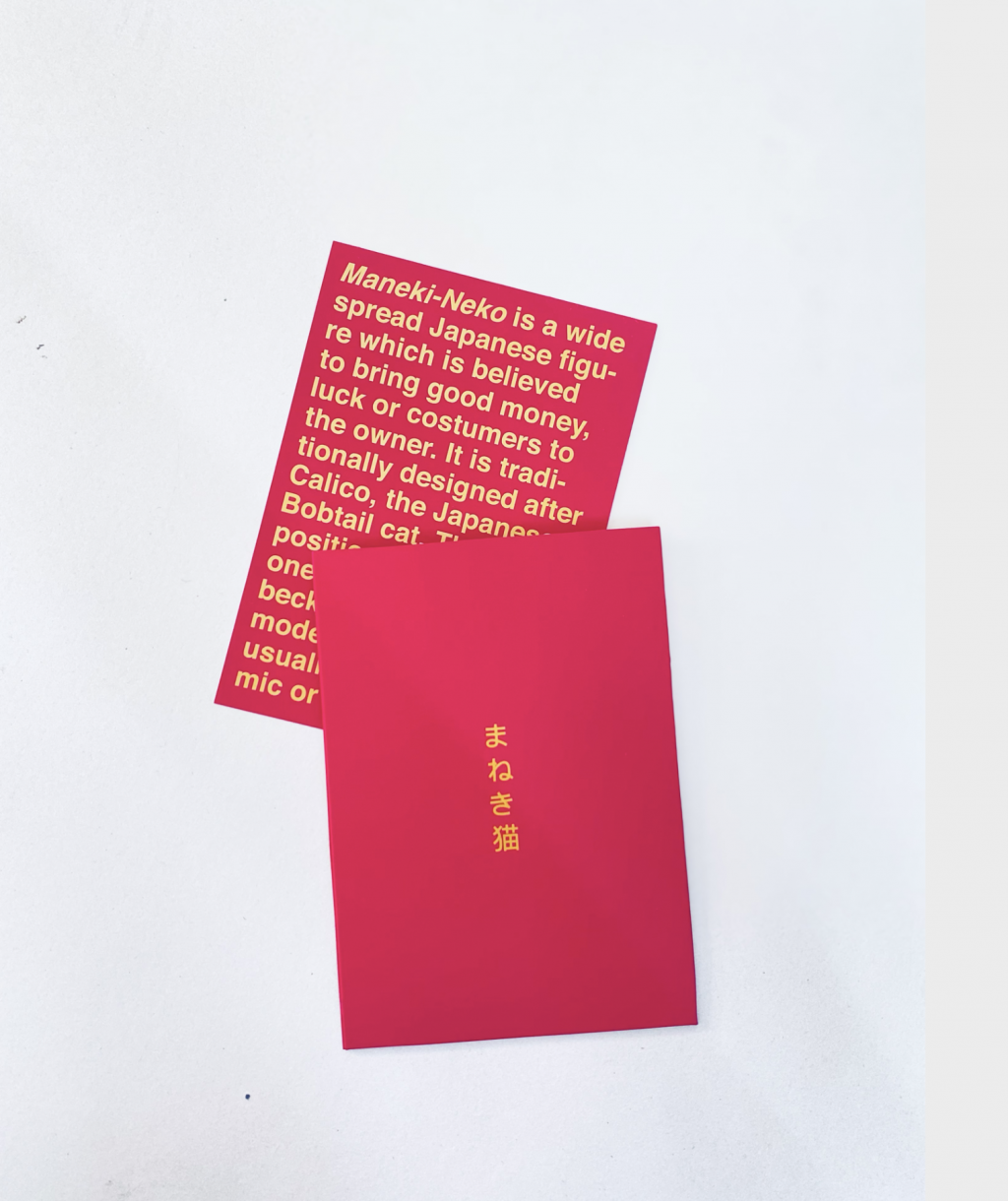