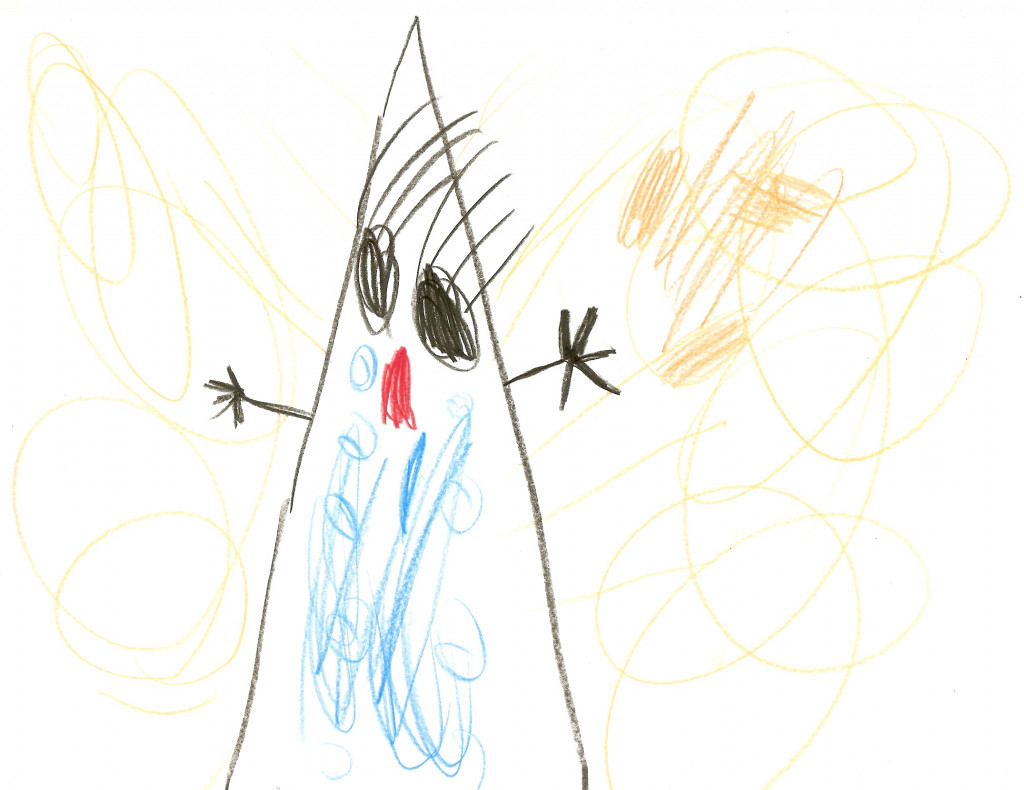 “Kleine Klima Kunst” is on one hand a children’s book on different climate change issues in South Tyrol and on the other hand it represents an artistic dialogue between my little cousin and me.
The climate change isn’t only an actual topic and a big issue of adults, but even more of children. Children are the future of our world. They are a lot more involved in this problematic situation than the rest. Parents usually want to avoid talking with their children about the destroyed world, on which we are living and the even worse future scenarios, which are going to confront us. They probably don’t want to scare them, but they should integrate a bit of environmental awareness in their education program. The prerequisite is a huge knowledge from the adult world. If this awareness is already a part of the childhood, it probably will go on during the rest of their lives.
As a first step, I chose the most important climate issues in South Tyrol and I wrote very simple children’s stories on the base of the scientific information’s. As a second step I went to my 6-year-old cousin Sara. I read her the stories and she painted and drew what first came into her mind. In this way it is an illustrated book made by a child for other children. However, it is not only intended for children, but also for adults. It is very interesting to observe in which way a child sees the world and in which way it is affronting these issues. In addition, at the end of every children’s story there is a scientific hinged double page for adults. The aim for the book is to spread awareness through the open mind, the huge visionary imagination and the completely different perception of a child. 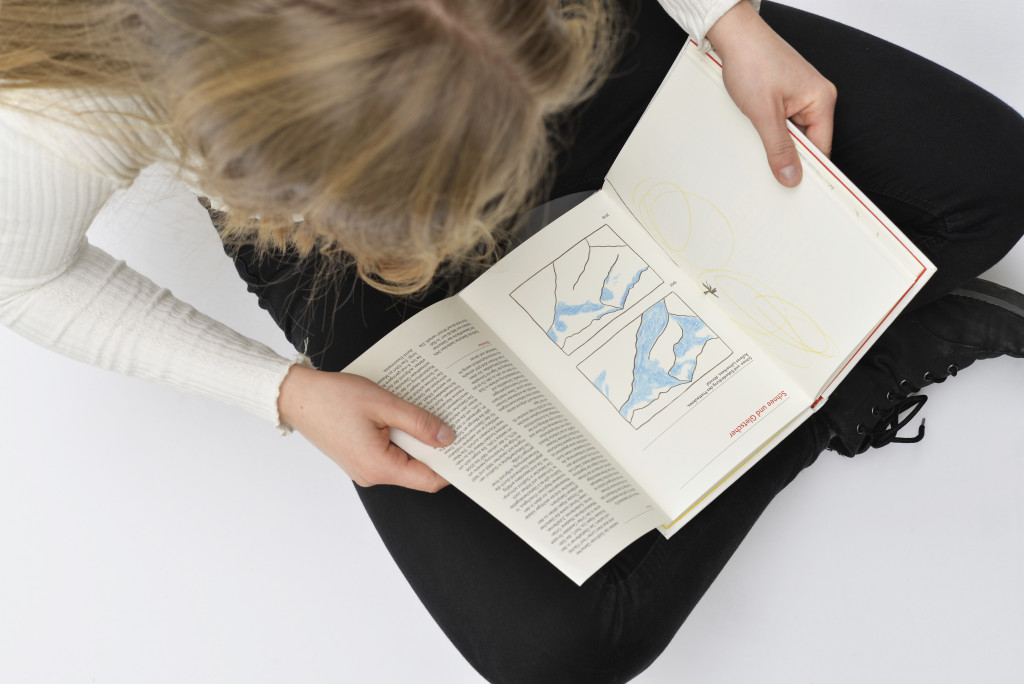 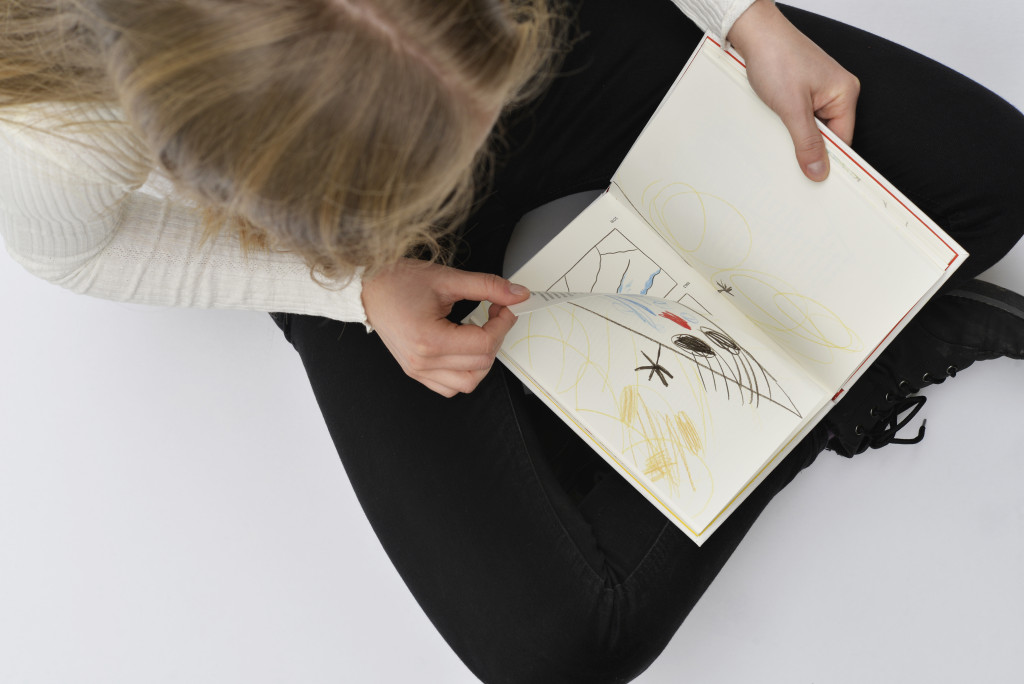 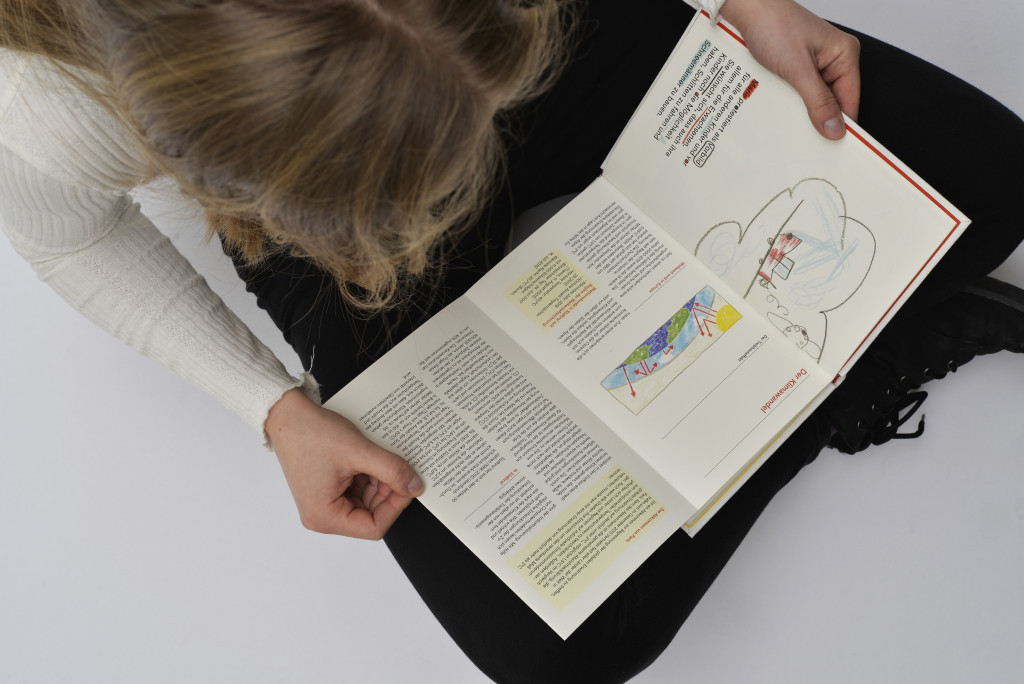 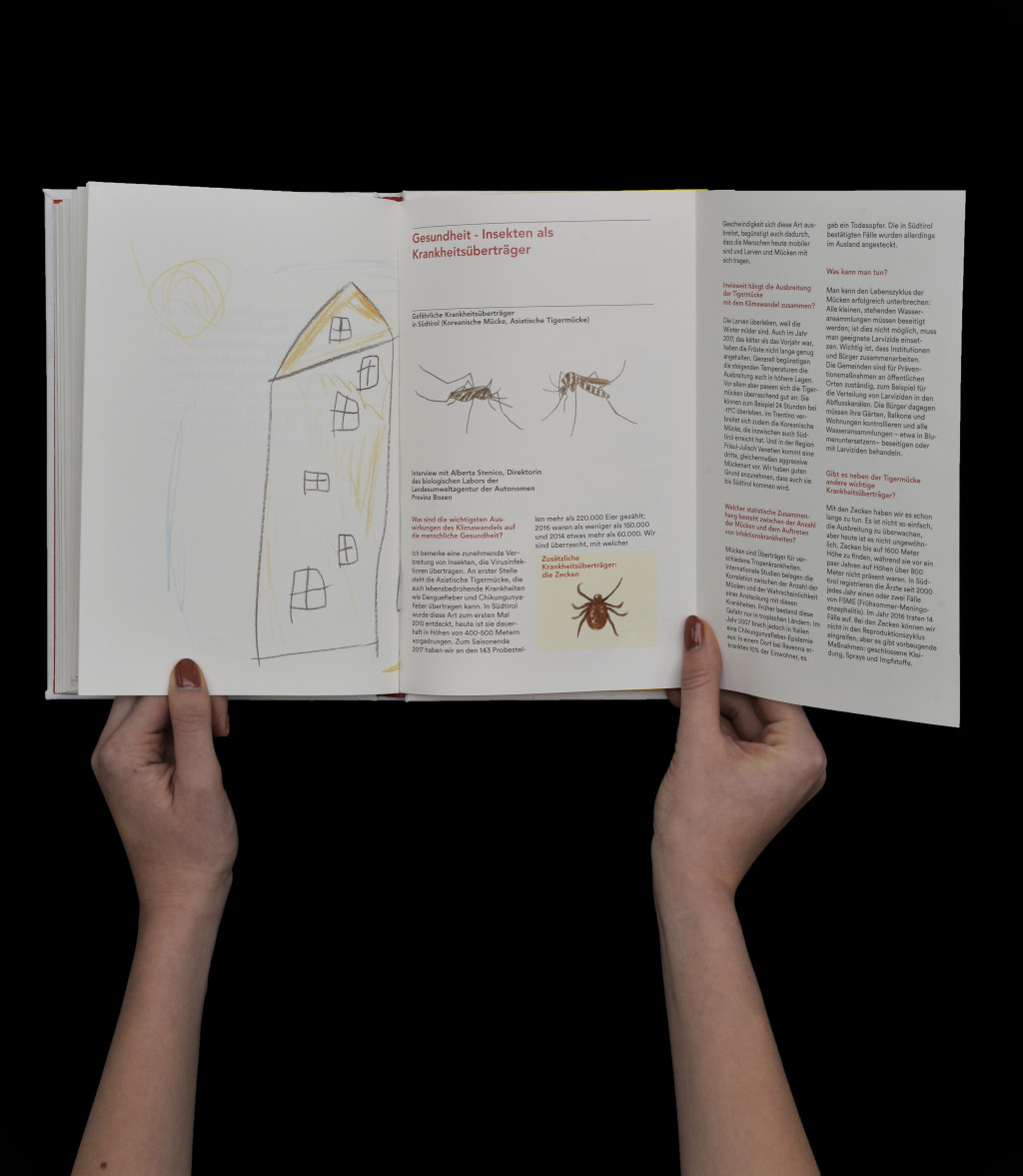 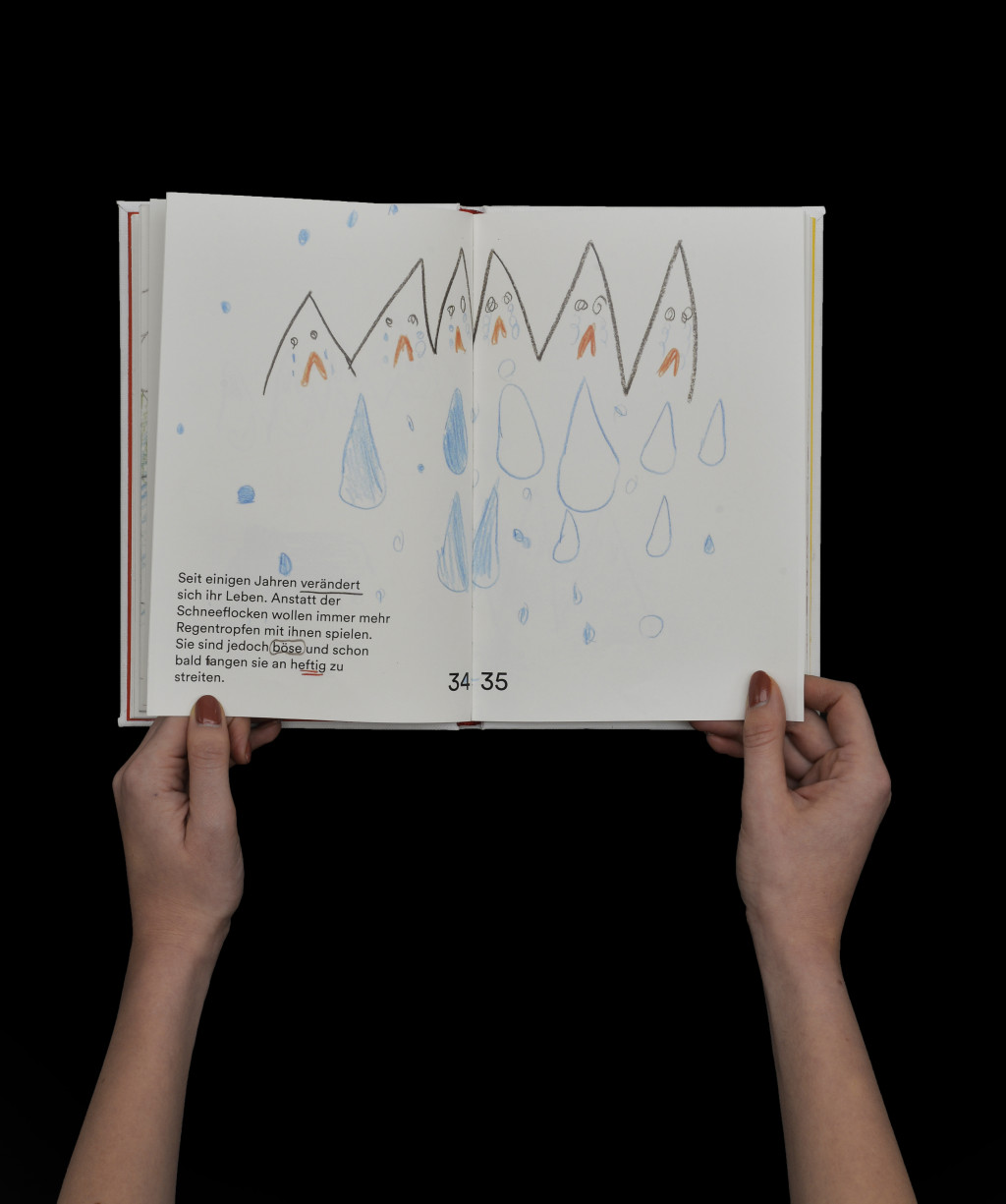 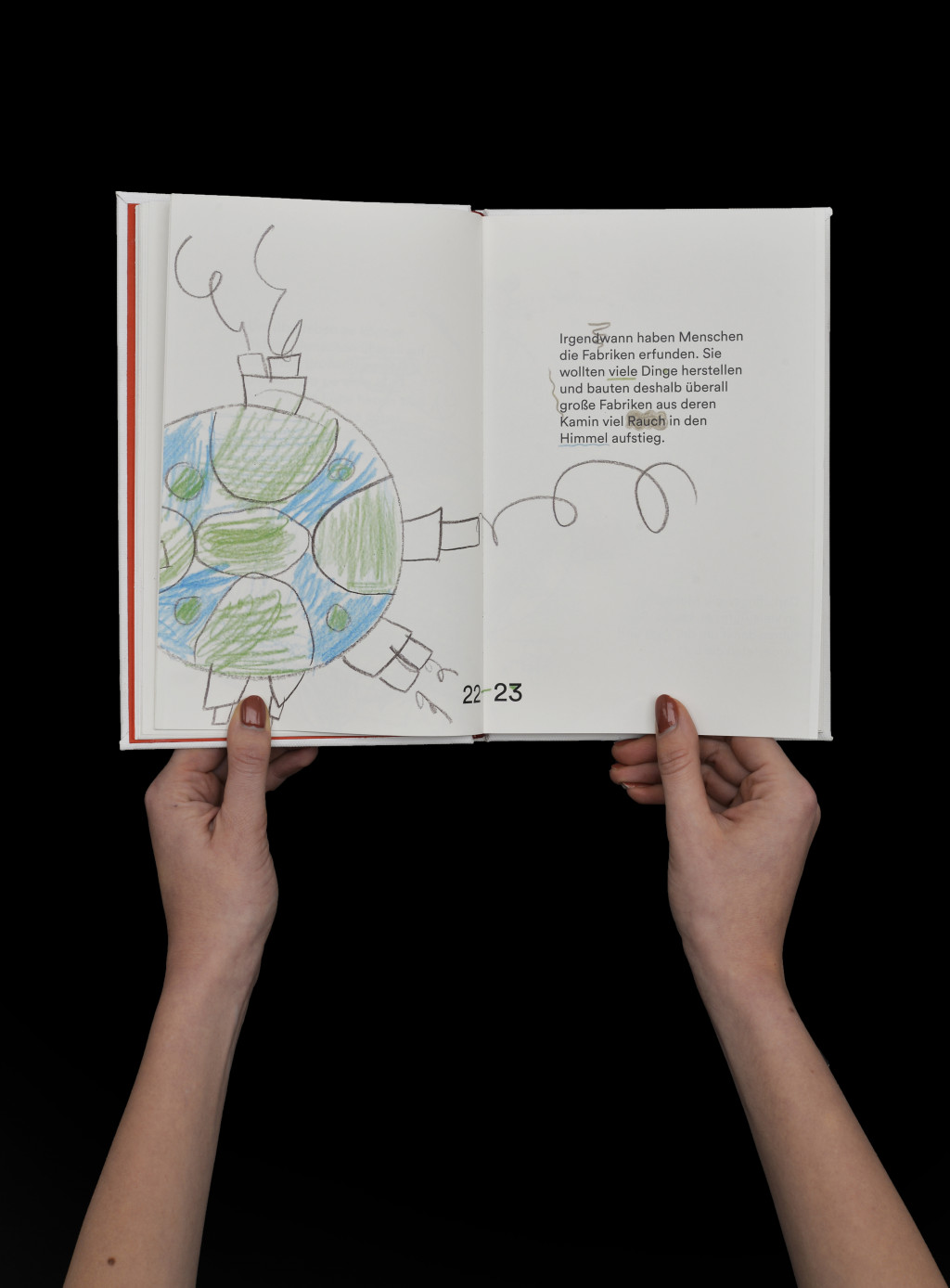 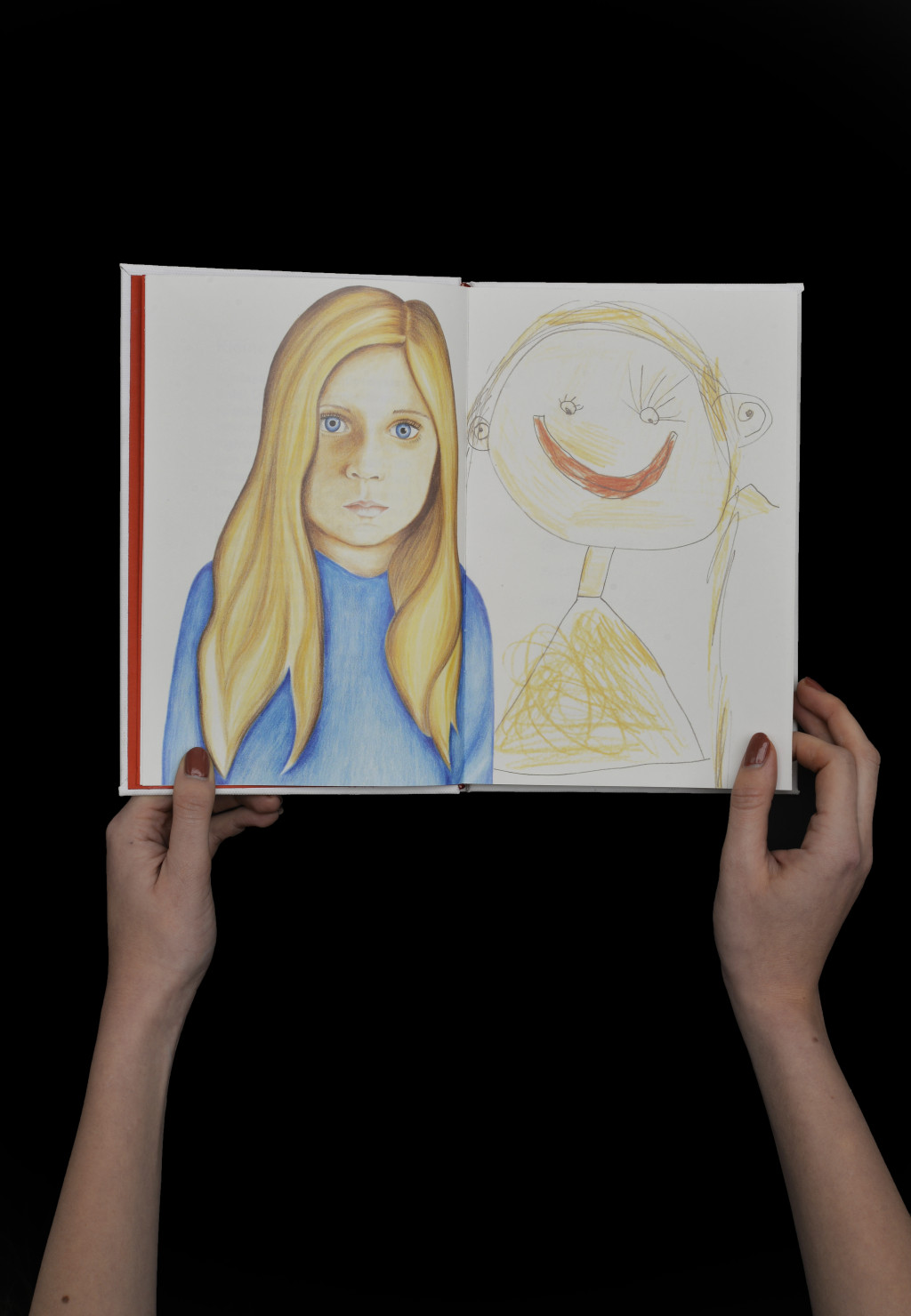 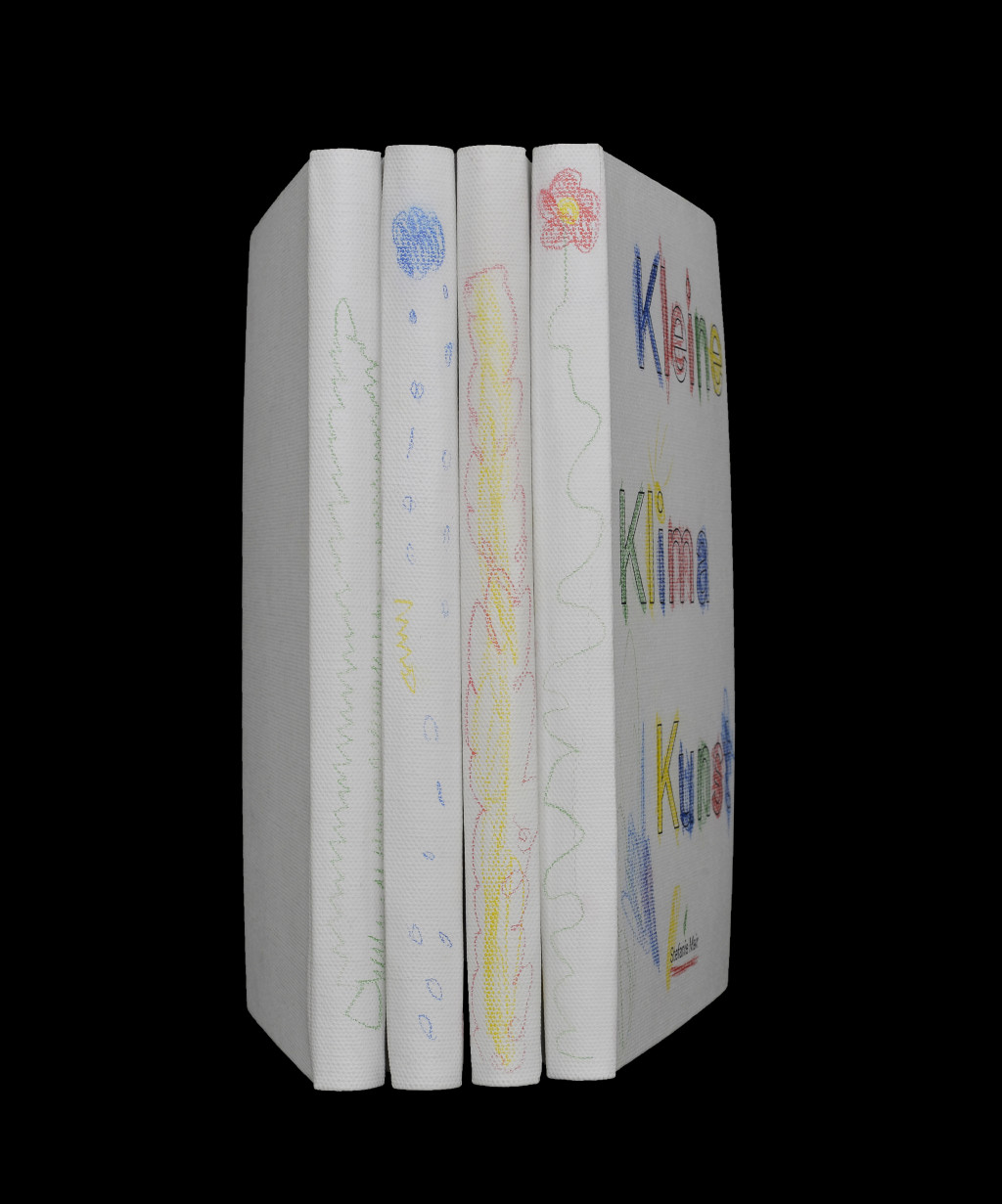 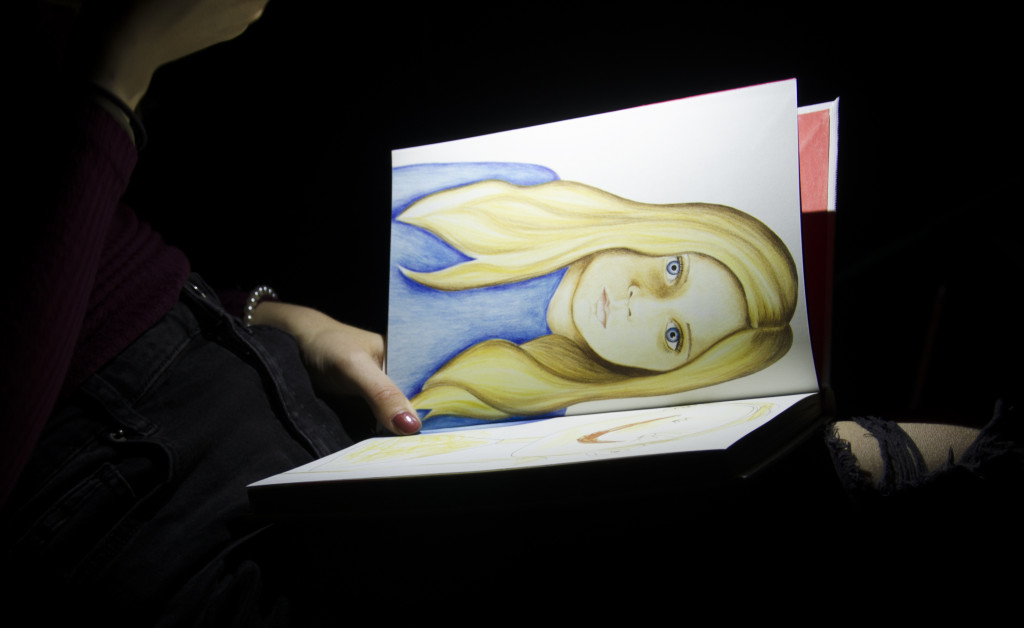 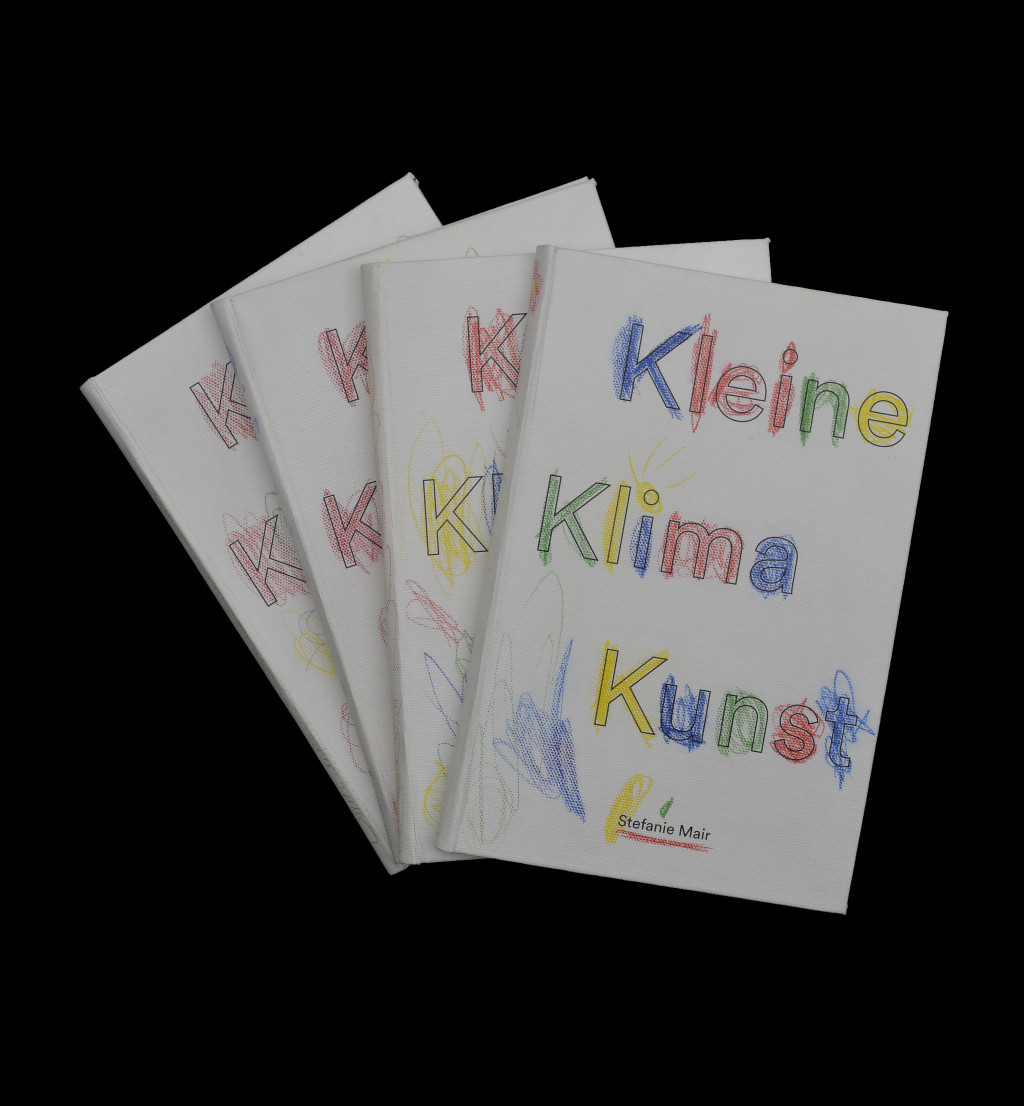